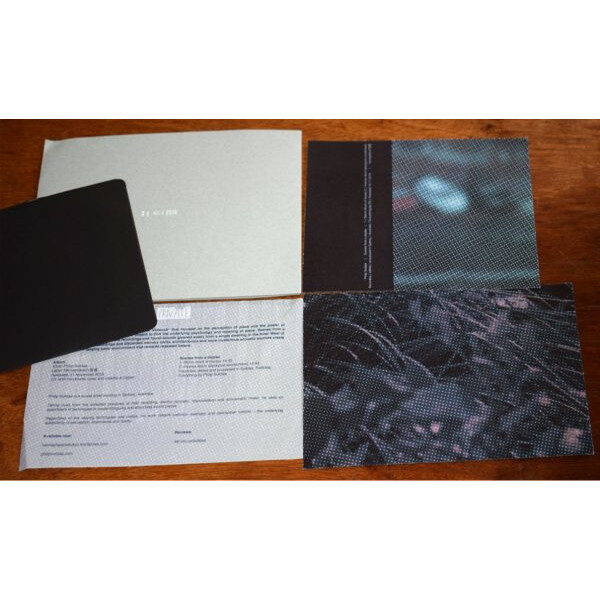 Last heard the Australian sound artist Philip Sulidae in 2015 with his History Of Violence, which was a sonic exploration of a forest area using field recordings and ambient noises…to generate an extremely effective sense of “atmosphere”, that elusive quality so many claim to seek. Here he is again with Scenes From A Duplex (NO LABEL), where his subject is “a single dwelling in the inner west of Sydney” – not only his subject, but indeed his inspiration and the very means by which this record was created. Once again he sets himself the challenging task of capturing an entire environment into some form that can be adequately recast on a CD.

Among the sources used in this work, he refers to “architectonics”, which is puzzling…the word simply refers to the study of architecture…but perhaps some knowledge of the cantilevered overhang and the foundations of this duplex enables the diligent sound artist to determine things like mic placement for his intensive studies. Two 15-minute suites emerge from his long-form gazing. They both seem to have involved a rainstorm happening at the time, which is referenced in the titles of the tunes and indeed the sounds of thunder and falling rain (often a popular favourite with phonographers) do surface on the record. It’s oddly compelling listening material, despite the general uneventfulness…once again Sulidae has a keen sense of tension, keeping us in a perpetual state of expectation, not simply content to let mundanity roll by on a conveyor belt of the mind.

The History Of Violence record had a dark subtext (murder, psychopaths…) which is not overtly present on this record, but Scenes From A Duplex is still vaguely unsettling, casting doubts on the seemingly-safe suburban environment it is drawn from, seeming to see mysterious goings-on behind every picture window. The visual inserts do much to reinforce this impression; otherwise ordinary snapshots treated heavily with process dots, until our sense of alienation is complete. From 14 December 2016.