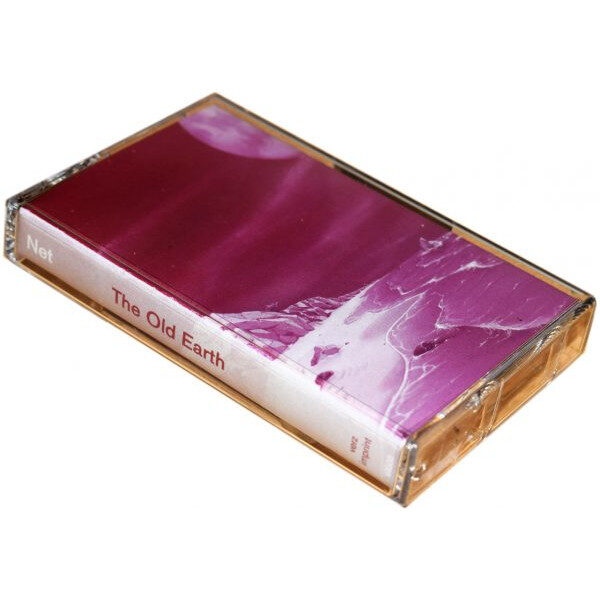 Last heard from NE Trethowan with a 2016 release he made for the Linear Obsessional label, a mysterious set of micro-events, heavily treated field recordings, and eccentric assemblies of sound which gradually won over this listener with its unassuming approach. One interesting aspect was how this English musician (now mostly based in Finland these days) went to some lengths to efface his own autograph or identity from his work, as if deliberately pursuing a line in anonymity. He’s here today under the guise of Net with a cassette tape called The Old Earth (VERZ IMPRINT VI006), released by Phil Maguire’s quiet music tape label.

Here again some of the same methods are in evidence, and Trethowan admits to a long shopping list of source materials that have ended up in his collecting bag, and uses “granular synthesis and signal morphing” to get his wispy results…it seems that the point of impact between the source recording and his computer is where the rubber hits the road, and the composer’s highly individual method really starts to engage. For this set, he’s come up with a variety of ambient drones and quiet crackling tones, which at their most successful are like faint traces, faded photos of sound, where the actual event has long since passed and just leaves a barely-discernible imprint on the ear.

Did I mention The Old Earth is also a concept album? Well, kind of. He’s been partially inspired by the novel The Time Machine by H.G. Wells, a move which might have delighted Patrick Keiller, except he was more interested in finding parallels between today’s beleaguered Britain and the Martian invaders in War Of The Worlds. The Time Machine, as is often overlooked, can be read as a satire of social mores rather than a time-travel adventure; the story which interested Wells was how society might evolve (or de-evolve) into a race of complaisant Eloi only interested in their own gratification, people who recognise nothing of the hardship of life and consequently have no depth or humanity at all. Trethowan’s languid musical sounds, in places, might make the perfect soundtrack for what is whistling between the ears of your average Eloi – vague, abstract, disconnected…yet it’s also beautiful, at which point we might telescope backwards and view the tropical delights of the Garden of Eden in which the Eloi dwell 1. We should point out it’s not exclusively about Wells, and Trethowan also claims this release contains themes of animal rights, and something he calls “the ethics of autoplay”. From 22nd September 2017.