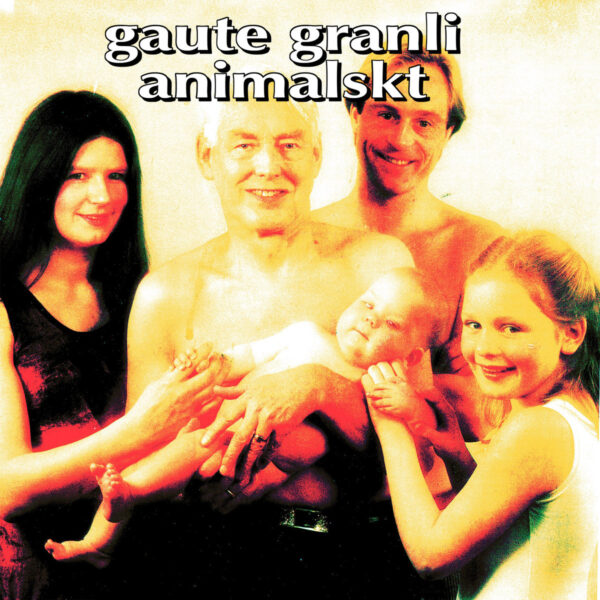 Norwegian Gaute Granli has endeared himself to us many times in the past with his antics, recently with the tape Ingen Pottetsekk Whatsoever. His new album Animalskt (UNHINGED UH001) appears to be a solo turn featuring Gaute at work in the studio, with guest vocalist Urd J. Pedersen appearing on one track. This time around Gaute seems bent on making a futuristic rockabilly record using electronics and loops and keyboards as well as guitars, but with plenty of 1950s reverb on the drums, and singing delivered in that echoed “haunted” tone which characterises the best garage records of 1960s punk. He also forces himself to strum and play in a mock spastic-primitive style, full of mindless repetitions and totally dumbed-down riffs. The minimal production style which may result from making home recordings in the first place is used here to dramatic effect, with no concessions made to conventional production techniques and plenty of rough edges and unfinished surfaces to further excite the listener. All of this makes Animalskt something which resembles a far more “musical” offering than his this player’s usual crazy-noise assaults, so if you’re ever been put off by the latter now is your chance to investigate. It also demonstrates something of Granli’s craftsmanlike skills in the studio, his very natural abilities; you get the sense he only has to pick up a musical instrument and things start happening instantly. In many respects this reminds me of Jad Fair’s solo studio records of the 1980s, such as Everyone Knew…But Me and Best Wishes. Recommended. From 29th November 2017.