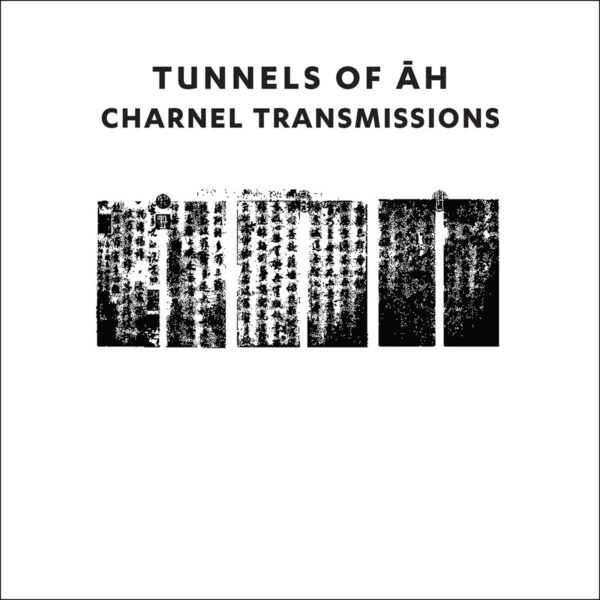 Another strong release by Tunnels Of Ah, the ex Head Of David noisester who is Stephen R. Burroughs and whom we first heard on this label with his Surgical Fires monstrosity. That release was a real belch from the bowels of Hell and contained more than a trace of brimstone in its base elements. Today’s offering, Charnel Transmissions (COLD SPRING RECORDS CSR256CD), is less infernal in nature and veers more towards the unknown and the mysterious…for starters, one theme explored is that of the so-called “Numbers Stations”, that short-wave radio phenomenon which has had a surprisingly long shelf-life as a trope, now cast up as shorthand for all that’s paranoid and secretive about the post-war world. 1

In pursuit of whatever vaguely disturbing emotions he seeks, Senor Tunnels drones in a reliably contempo-industrial manner, adding multiple layers to his heavily-processed emissions and ensuring there’s rarely a second that passes that is not filled to brim with tasty noise. Keyword lifted from the press note to characterise this album is “crumbling” – Tunnels Of Ah does indeed manage to degenerate his sounds to the extent they sound positively corrupt, like the rotting core of an old tree. Meanwhile for those who savour being frightened half-dead during their 4AM listening, the menacing voice samples – disguised and processed into utter gibberish – will cause you to seek new skin grafts the next day. Particularly effective is the horrifying episode ‘Stations Of The Skin-Bag’, but the just-recognisable “chiming stations” on ‘Kosmiglot’ are equally teeth-clenching, to say nothing of the futuristic voice barking orders at us through the PA system. For those listeners who just enjoy sheer noise, the opening track ‘Homage to the Landfill Dogs’ will not only slake your thirst, but confirm all your dark suspicions about modern society that you’ve been harbouring since 1978.

There seem to be a number of guest players on the album, among them ‘Francis P.’ who might be providing percussion, but also Urgyen S. and F.G.M. Charmian (no idea). Depressing, powerful stuff. From 11 July 2018.