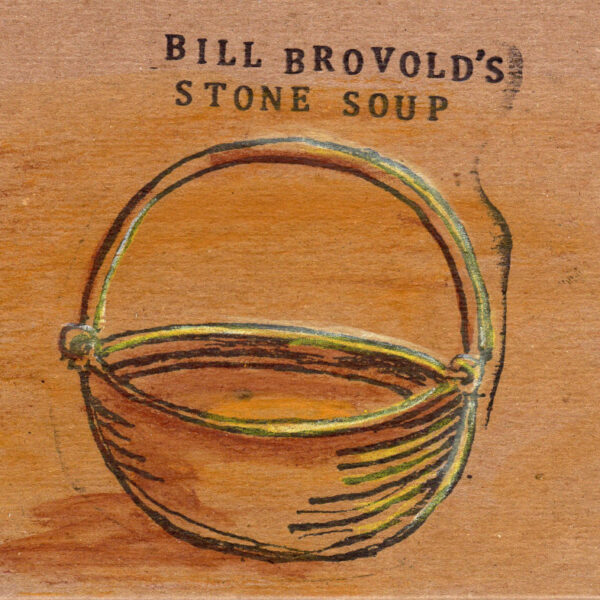 Recently heard Bill Brovold on the cassette Superstar, from the Eh? Audio Repository label, a hugely enjoyable tape of guitar melodies and instrumental genius where Brovold played everything he could get his hands on with gusto and elan. The CDR we have today is, conversely, a collaborative effort – Brovold teams up with 12 other musicians for a series of duos, calling the collective Bill Brovold’s Stone Soup – and it is very subdued and minimal, quite some way from the lively fun-loving sparkiness of Superstar. Michael Goldberg Variations (PUBLIC EYESORE RECORDS PE141) is however a collection of great beauty and serenity, and the music exudes a certain calm and peace that is rare. Apparently, a large amount of the aesthetic and artistic inspiration came to Brovold not from the world of music, but from his painter friend Michael Goldberg.

He goes back a long way with Goldberg and counts him as an important influence on both his visual art and his music. Goldberg it was who wondered out loud if Bill could make minimalist music that wasn’t “repetitive and meandering” – evidently he’d had a surfeit of La Monte Young – and this album represents the response. Performed mostly with guitar (acoustic) but also with other stringed instruments, recorders or flutes, vocal chants and percussion, the album showcases the talents of Mark Ormerod, Scott Burland, Rhys Chatham. Fred Lonberg-Holm, and many others; one would love to know more about the collaborative process by which these understated and highly simpatico pieces came into being, as they seem so perfectly-formed, and incredibly natural too. Brovold evidently has a lightness of touch that makes “official” minimalist composition seem positively heavy-handed in comparison. I might add that since all 12 pieces are set in the same key, and feature the same simple three-note figure played on a guitar, it’s possible to read this as a single work divided into 12 parts, a suite, or variations on a theme – hence the title. A real gem of beautiful, clear and simple music; please do try and seek out a copy. From 18th August 2018. 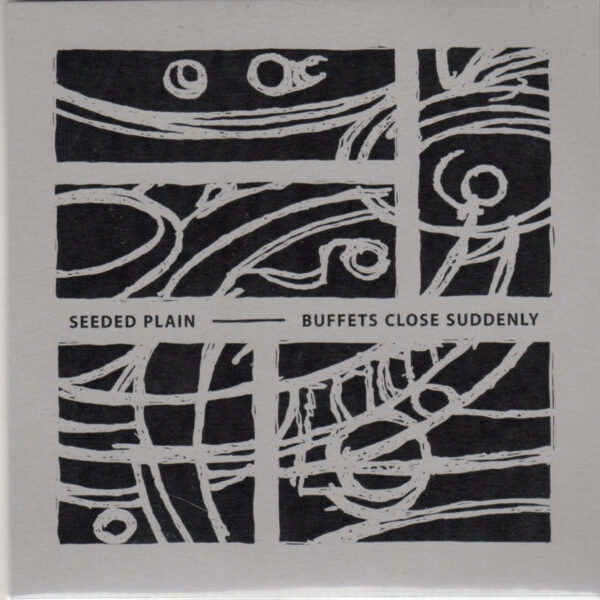 I continue to struggle with the music of Seeded Plain, a duo comprising Jay Kreimer and Bryan Day. The former is a sculptor and the latter runs Public Eyesore and the Eh? Audio Repository for free music in San Francisco. Buffets Close Suddenly (EH? 103) contains further instances of recordings made using their invented instruments combined with electronic noises. I can certainly appreciate the gestural actions that the pair must use to activate their sounds, and some of this energy does show up in the work; but I find the sounds simply fail to cohere as music, and once again (we’ve heard them previously on Provincial Stammer and Sectional) the groaning, rattling sounds that result seem inert and pointless to me. The slightly absurdist titles (‘Limpets Gilded Shag’ and ‘Linoleum Heels’) seem to indicate that Seeded Plain are comfortable with embracing random forces, and following these impulses no matter where they may lead. From 18th August 2018. 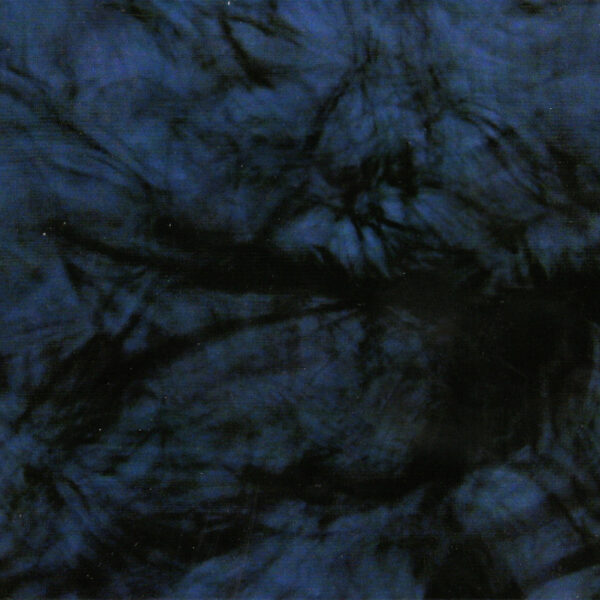 Michael Gendreau is the Californian genius behind Crawling With Tarts, a project with a duff name but whose records I often found quite engaging, with their use of mechanical moving parts and recycling of old recordings, from before a time when such actions were more commonplace. I don’t think I’ve heard a solo record from Gendreau since the record he made in 2002 for the 23five label, so it’s nice to receive a copy of Polvo Seran, Mas Polvo Enamorado (PUBLIC EYESORE PE140). This is entirely different from anything else I’ve heard MG do; it’s spaced-out, minimalistic, yet almost remorseless in pursuit of its goals. The four pieces were all recorded at live venues, and he used “accelerometers” inside the performance space to arrive at what I must assume are highly specialised types of field recordings or documentaries. I have no idea what an accelerometer may be, and even after reading a few pages from electronics component suppliers I am none the wiser; it seems to have something to do with a branch of the physical sciences of which I am so wholly ignorant.

At any rate, these devices were certainly not intended to be used for sound art purposes, and are probably of more use to engineers who need to understand something about the forces of gravity for a building project. Leave it someone of Gendreau’s calibre to figure out a way to apply these devices to the generation of sounds. On these four lengthy recordings, the listener must be fairly patient to allow the grand work to unfurl itself (which it does at a somewhat unhurried pace), but one is then rewarded with an unusual view of familiar surroundings, one which overturns the natural dimensions we are so accustomed to, and the usual laws of light and space appear not to apply.

The long (23 mins) title track is probably the most puzzling, and the most dynamic of the four; recorded at the underground film festival in Lausanne, it includes long tracts where not much seems to be happening (the aural equivalent of clouds drifting overhead) with shorter bursts of alarmingly loud squeals and eruptions, that feel like something going drastically wrong somewhere. We move slowly down a gradually changing passageway, a long canal of audio mystery. Even the semi-familiar sounds of voices talking or shouting in the distance are of little comfort to us on this strange ride. From 18th August 2018.