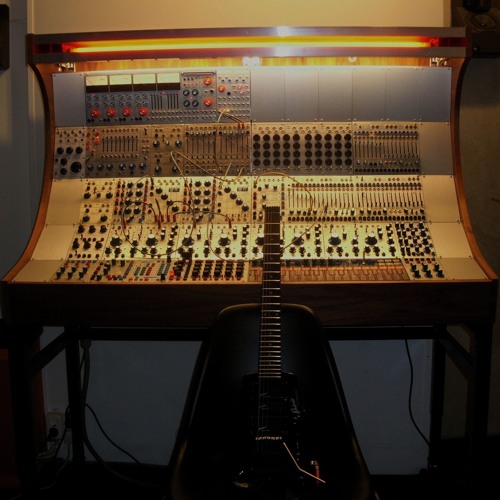 Argentinian player Alan Courtis has had a pretty unconventional music career, to put it mildly. He came to our attention via the madcap trio Reynols, a vehicle for the sage utterances and unpredictable performances of Miguel Tomasin, and the project was an outlet through which Courtis managed to smuggle all sorts of contraband – including outrageous experiments in tape manipulation and unhinged rock noise performances. His solo career after that saw multiple studio-based experiments, not all of which caught fire, but showed he was willing to pick up anything that made a sound (instruments and non-musical objects like) and try out all sorts of mixing-desk antics. His 2006 album for Pogus was not only called Tape Works, but featured a photo of a reel-to-reel tape recorder on the cover as an earnest of his exploratory spirit. Yet with such an errant career path – one highlight being a trip to the coldest region on earth just to perform music before an audience of ten arctic scientists – he departs from the traditional conservatoire route followed by many academic composers of the 10th century.

And yet, here he is now invited to EMS Stockholm, one of the major European electronic studios and centres of compositional excellence 1, to make a record Buchla Gtr (FIREWORK EDITION RECORDS FER 1122) using their Buchla 200 modular synth. He did it by plugging in his electric guitar and volume pedal, and presumably set to work manipulating various filters, oscillators and envelopes. I’m guessing of course – and wouldn’t you after seeing that cover image? A dauntingly complex beast the Buchla must be, but I guess that’s what the technicians are there for, to help the musician realise their goals. Four sides of music result from Alan’s efforts, pressed into vinyl on this double LP housed in a sturdy single sleeve with a nice thick spine. It’s an impressive 80 mins for sure, managing to tread the line between process drone and guitar performance, and along the way producing some highly unorthodox effects.

We have heard and enjoyed some solid droners produced at EMS from Lars Åkerlund or Daniel Rozenhall, but they have tended to aim for a sort of minimal “purity”, keeping their minds set on one or two ideas and reluctant to depart from them as they complete their cycles with a certain inevitable grandeur. Courtis seems a lot more open to exploration on these Buchla Gtr suites…he doesn’t always back-pedal to the heavily-reverbed monotone crunch (which sometimes seems to be a signature sound of EMS) nor over-use the myriad available filters, and instead finds opportunities to insert a low-key form of guitar-soloing. This isn’t to say you can expect Van Halen passed through the prism of Terry Riley, but Courtis does inject himself and his quirky style into what might otherwise pass for a piece of “serious” composition. To put it another way, the spirit of Reynols lives on, now passing into the culture by way of modernist electro-acoustic music.

These 2014 recordings were further processed (over a three year period) at Courtis’ home in Buenos Aires, and are now released in this handsome set. From 17th December 2018.