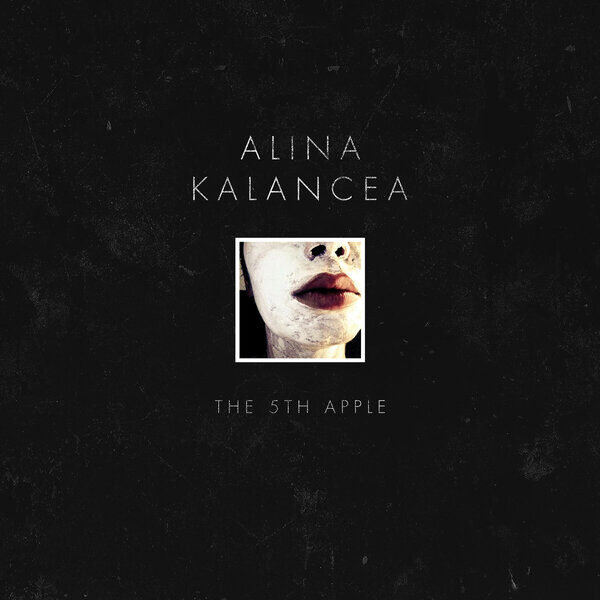 Top marks to Alina Kalancea and her album The 5th Apple (STÖRUNG str013). Spoken word recits combined with low-key, creepy electronics to devastating effect. It’s all about the introspection, the artiste digging deep into her own psyche and dredging up certain fears and unpleasant home truths, then presenting them in a stark setting where they have no room to escape. The spotlight is trained and the truth sits there on a narrow chair, unable to maneuver.

Alina Kalancea is a Romanian performer whose triumph on this release has been to meld her spoken word rhythms with the rhythms of very dark, mean, buzzy and pulsating electronic music – even on the tracks where no words appear, you still get the sense you’re beaming in another chapter from the same lecture. She began electronic composition in 20102, and has since explored her own interiority to devise the present way of working, aided by such movers and shakers as Enrico Cosimi in Rome (where he’s Professor of Electronic Music at Tor vegata) and Steve Thomas at QMU London. Also lending a lift is Spanish entrepreneur Alex Gámez (aka Asférico) who runs Störung and is a collaborator with the whole project – we last heard him working with Mia Zabelka on The Broken Glass – here, he’s credited with music, production, arrangement and sound design. We’ve also got cello playing by Julia Kent on the chilling track ‘Poisonous Girl’ – one of the rare occasions where Alina sings, albeit in an attenuated deeply-lost manner – and string arrangements by Raven Bush on ‘Behind The Curtains’.

The record reminded me a little bit of the recent-ish item by She Spread Sorrow – and since the label invited us to listen to the work of other women in similar vein, I’ve since discovered the joys of Pharmakon and Puce Mary, and in my own mind I’m trying to prove there might be a whole genre of disaffected feminist noise artists, all making use of their hollow voices in among the dark ambient electronics. If there is, I’d be tempted to add Alina Kalancea to the list, but may be doing her a disservice. I suppose it’s the “confessional” aspect that leads me into this chain of thought; She Spread Sorrow was definitely in full-on confessional mode, and did it in the context of an inverted Catholic rite, plus was not averse to injecting a sinful sexual dimension to her cold and dispassionate recits. Alina Kalancea perhaps doesn’t go down that route, but there is a determination to meet the truth and stare it in the eye, which she does with considerable poise and dignity, producing beautiful ice-cold music as she does so. Now to build a small shrine and light some candles, and play this shining jewel after dark…from 10th January 2019, also available as a double LP.