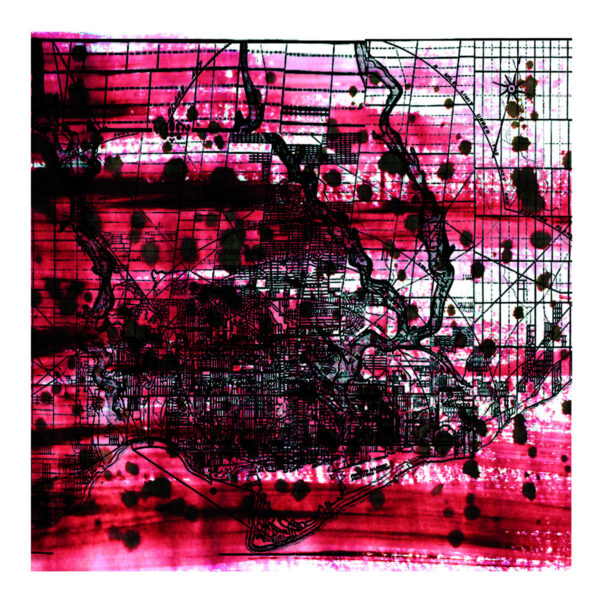 I confess I haven’t heard anything by Aidan Baker for the last decade though I know he still performs and releases music under the Nadja project and that he has also released recordings under his own name and in collaboration with other musicians. “Invisible Cities II” is a sequel to “Invisible Cities” that he released with clarinettist Gareth Davis in 2018; I do not know that earlier recording but I understand that like its sequel, it is a quiet recording of acoustic and drone ambient improvisation.

Taken together, “Invisible Cities II” and track titles like “Hidden”, “Eyes”, “The Dead”, “Continuity” and “Names” suggest a general theme of necropoles and their inhabitants, with a related theme of memory and not forgetting that the identities and names of the dead are their connection to the living, and the living descendants’ connection to them. This would help explain the general mood and approach the album’s composition and recording have taken: the droning sounds are fragile, wavering uncertainly and never lasting very long, and the spaces in which they float and never quite connect to each other seem vast and not a little cold. Field recordings of background nature ambience are used to create a huge sense of space, distance and remoteness.

Middle individual tracks like “Eyes” and “The Dead” can be very suspenseful and even powerful in their subdued restraint as they steadily build towards a climax, hinting at violent mass death and the possibility that some invisible cities may actually be mass graves of genocide victims, perhaps tortured and killed for what they are or are supposed to represent, and not for any crimes they may have done. The tracks that follow these though seem rather passive and resigned; the thought that perhaps they represent the usual hand-wringing or the current attitude of “nothing to see here, move right along” prevalent among Western governments and elites that follows news of mass genocide, especially genocide of inconvenient people we’d rather forget about and who live in regions of strategic value to Western political, economic and military elites, occurred to me while listening to the wistful music. (Of course, the thought also arises that Baker and Davis, having confronted the question of genocide in their music, are as much at a loss as the rest of us as to how we should appropriately react to mass killings, how to deal with the losses and the consequences of such killings, how we should deal with the perpetrators and collaborators, and how to prevent mass murder by recognising and changing the contexts and environments that favour them.)

That the music is not quite able to grapple with its subject matter is forgivable. I don’t expect that Baker and Davis can claim understanding of mass human psychology, the development of hate and prejudice in societies at particular times in their histories, and the conditions that predispose to such emotions and the beliefs that support and encourage hatred towards chosen scapegoats. But having broached the subject matter, that Baker and Davis seem unable to advance beyond being frozen in horror, not being able to advocate something other than passivity, seems very defeatist to me and I do confess to being disappointed with the way the recording has turned out. I don’t feel that many listeners will be satisfied by the general direction of the music, coming towards and into something of passion and power, and then inexplicably retreating into a catatonic state.