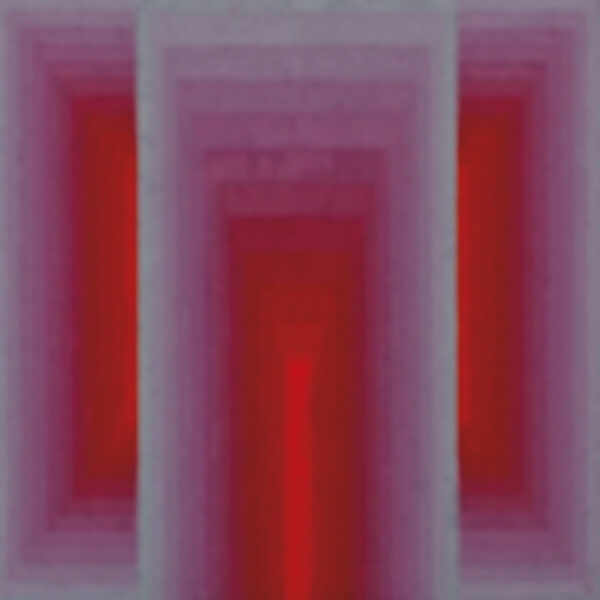 Spectre Of Radiants (ANTS RECORDS AG20) is an excellent album of long-form (44:12) drone music produced entirely on stringed instruments – the resonator guitar of R Keenan Lawler, and the banjos of John Krausbauer. Krausbauer also made the Beats album for this Italian label, though we last heard him with Paralleled which came out on the Japanese label Musik Atlach in 2018. He seems to be in pursuit of ever-more refined and “cleaner” drone sounds with each release – the endless music on Spectre Of Radiants is pretty much unsullied by distortion and seems so near-perfect in its production that it’s almost hard to believe human beings are producing it.

We get a small quantity of “grit” in the sound (the grit used by an oyster to make a pearl) which I assume comes from the natural resonating qualities of the strings of these instruments, both of which are quite loud even without amplification, and which have a long tradition too in country, blues and folk forms of the US. No-one, I expect, is better informed about that than R Keenan Lawler, who has recorded for the New American Folk Hero label and made records with Mike Tamburo, another enlightened American who is seeking the hidden connections between folk music and trancey psychedelia. Lawler also made a record for Xeric called Music For The Bluegrass States, which as a title is very redolent of what is (I assume) an encyclopedic knowledge of American roots music. I say this not having heard a note of his music, but he’s certainly the man for this particular task. The National Steel guitar has rarely been put to such a poignant use in the service of art music of a minimal bent, even surpassing Henry Flynt and his numerous violin records that tried to find the missing link between “hillbillies” and minimalism.

The cover painting in magentas and blues was done by Stephen Stevens. Very good. From 16th October 2019.