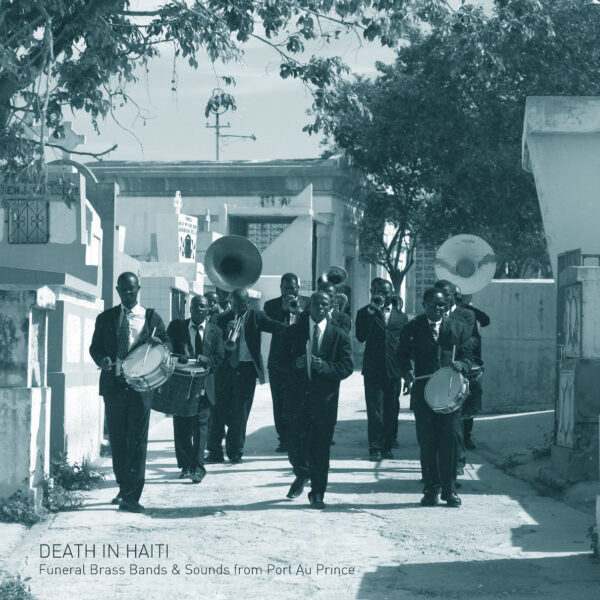 Herewith a full seven vinyl slabs submitted over the year 2019 and earlier, which we were in danger of overlooking. Perhaps another “long overdue” thread would be in order.

Dustbreeders with The Only House In Town (213 RECORDS 213v52 / FOUGÈRE #38 / ÉLEVAGE DE POUSSIÈRE EPP10 LP) – one of two records by this French noise band with Japanese vocalist to be noted within this section. Yves Botz, Thierry Delles and Michel Henritzi bring together their massed guitars for two sides of extremely dense and monotonous noise, amps turned up way beyond 11, with mad feedback squeals sometimes bursting in on the single-chord pile-up. On the A-side (which spins at 45 RPM, so watch out), vocalist Junko adds her typical vocal howlerage, though she seems buried under layers of guitar noise, the distance thus taking the edge off her usual shrillness. I enjoyed the instrumental B-side (which spins at 33 RPM) slightly more, where the guitars scrape and burn with some aural variations in the texture. This music is like a jet engine or rocket ship in constant take-off mode, yet never arriving anywhere. Why must the title be so “drastic” – the only house in town? It seems a feature of some noise artistes that they must insist on this all-or-nothing stance at all times, even when ordering candyfloss at a funfair or brewing the morning coffee. As to that cover art, I suppose it’s meant to suggest the inside of someone’s skull and the view from inside empty eye sockets. From 25 November 2019. Silva Datum Musica (GRUENREKORDER Gruen 187) by Plein Air has unusual sounds, and it’s an LP that starts out nice, but sadly I soon sensed it’s not really going anywhere. Tim Collins and Reiko Goto have, with the help of other scientists, found a way to process “plant bioacoustics” into sound, much like Michael Prime (a legitimate predecessor who is not even mentioned in the notes) did in the 1990s. They do it with one leaf on one tree at a time, and a number of species / varieties are “played” on this record, one side in Glasgow and another in Cologne. Not to deny the scientific basis for this (I think it’s mostly to do with photosynthesis), and I’m prepared to believe we are hearing a tree “breathing”, and Collins and Goto are serious about their work. But the end result is just not very interesting to listen to; (a) very limited harmonic range; (b) monotonous, samey pulse-rhythm for each piece; (c) a distinct lack of progression or development, no depth. Ultimately I feel this is just process art. The creators assume that the ecological theme trumps everything, and that they aren’t obliged to explain any further as to the significance of this work. Arrived 10 July 2019. Stein Urheim‘s solo guitar record is called Simple Pieces & Paper Cut-outs (HUBRO HUBROLP3623), with cover art that vaguely resembles the cut-out art of Henri Matisse. Stein has been appearing on Norwegian jazz-ish labels since about 2011 and also appears as a member of the Cosmolodic Orchestra in that country. At one level, nothing wrong with these immaculate instrumental performances, these short tunes that entertain in a jaunty fashion with their upbeat modes or their vaguely wistful longings; Urheim is technically very gifted and there’s not a single strum or a ripple-picking moment that could be faulted from the point of view of a recording engineer, who would probably smile with delight through the glass window of the booth as each immaculate take goes down. It’s just that I find the same hurdle as I have with a lot of Hubro releases, i.e. the music is just a shade too tasteful and glib for me; the musician seems too eager to please, and there are one too many “nice” chords and facile melodies. Don’t let this grump put you off, though. From 15 June 2019. Jason Kahn – great solo record called Lining Out (HIDDENBELL RECORDS 011) from this American genius holed up in Switzerland. I find we’ve been hearing records from Jason for twenty years now, and he’s never turned in a duff release or made a dishonest sound. This one is just two sides of improvised drumming and voice; he moans, groans and grunts wordlessly while rattling away on the old skins and cymbals, as if juggling the bones of his own skeleton while watching himself being flayed alive. A perfect illustration of the human condition, in short. Apparently the inspiration for this move is drawn from all over – Gaelic psalm singing, Baptist congregations, and recently-discovered recordings from the Neanderthal period (I could be lying about one of these sources). I haven’t read the text on the printed insert; should I? I feel the record says it all, and anyone who can’t connect to this primal shamanic bleat at the most immediate level is most likely a salamander, or a lump of pumice stone. This guy should make a record with fellow primitive Fritz Welch some time…that’d reignite the spirit of the caveman across the hemisphere! Released on Christian Wolfarth’s label, from 21 May 2019. Derek Baron with Recollects (READING GROUP RG13) is an oddity for sure. I recall receiving this one along with the unusual Wanda’s Dream record by Marcin Barski, and assumed there was some connection between the two which for the life of me I can’t now recall. I also associate these LPs, or perhaps the label, with Kevin Cahill of Downer Canada. On first listen, Recollects baffled my concrete lugs – it struck me as boring and thin stuff, but on today’s spin it is starting to make sense. It’s simple field recordings, not very exciting ones, but somehow the record catches fire through layering, editing, and juxtaposition of sounds. The sources include (I think) documentary tapes from a fishing trip, a conversation with an old lady, and nocturnal scenes; but if you dispense with the narrative side of things (if indeed there is one) then you have some nice abstract collisions, such as apparently hearing water and fire together at the same moment. A campfire on board the fishing boat. Even more layering or double-exposure work on the B side, where the barely-audible conversations are muffled and disguised under other elements. In this context, even the whistle of a simple tea-kettle seems to acquire extra meaning, and a vaguely menacing tone. I haven’t fully digested the notes on the back cover; should I? It situates the work in Canada and the author clearly has deep knowledge of the country, its wildlife, its history. What had first put me off was my incorrect assumption that he had a personal tale to tell, which he was somehow failing to communicate; instead, today it feels more like a panoramic view, hiding at least one or two great mysteries of life in a deliciously cryptic fashion. Oh Canada. From 1st March 2019. Dustbreeders again with their album The Missing Bar (213 RECORDS 213v40 ) and its notorious “sofa” cover photo which has been scandalising most of Europe since its release. Yves Botz, Thierry Delles and Michel Henritzi belt it out again with their outsize guitars (one of them is twelve feet square), this time making a return to use of the beloved “mange-disques” device on one track, an oddity which I recall when I first heard these monsters on their 2003 release, Mommy Close The Door. Junko also shrieks in places; I always find it an alarming sound emanating from her closed-up throat, and perhaps it’s meant to be, but I realise the Dusters explicitly regard this singer as their “Japanese sister” and clearly feel they share common ground. In some ways, what these Frenchmen achieve is a slightly more intellectual version of Hijokaidan. Despite all the flailing around and the attempts to raise hell at Cave 38 in Metz, I still sense half their force is wasted when it could be better directed, for instance powering a hydro-electric dam. I liked the B side better, where the guitars are so closely aligned they produce a solid block of avant-garde heavy metal blasting, without disappearing down the miserable dead-end of a Sunn O))) drone of futility. Completists will want to note this LP contains a non-vocal version of their hit single, ‘The Only House In Town’, also on the LP noted above. From 3rd August 2018.

Lastly we have this very unusual record from the exotic label Discrepant, the only contemporary imprint that promises to bring you tropical tropes and jungly scenes inside your living room. Félix Blume has made a compelling mix of documentary field recordings and musical moments from Port-Au-Prince on this Death In Haiti (DISCREPANT CREP51) record. I neglected coming to grips with this beaut for ages, mainly because I thought it required a mix of specialist musical knowledge and some basic geographical awareness, both of which I lack extremely. I know nothing about this Caribbean island, still less about the strains of jazz music that have survived there in a form which seems to have descended directly from old New Orleans. On Haiti, they have made this music their own, and often play it at funeral occasions, and it is that which we hear on the grooves, captured as gobbets of unvarnished truth by the microphones of Blume. This means that traffic sound is added to the music (to great effect) and more to the point we also hear the unstaged wails and laments of the mourners in the processions. The fact that these moments are recorded in churches, cathedrals and cemeteries should indicate to the curious listener that we’re hearing some highly authentic captures of genuine emotion, some of it bordering on the alarming in its unrestrained outpouring of grief. A track titled ‘Piano and Screaming’ is another clue in this direction. A highly potent, charged, listen; there always seems to be something more going on under the surface. I know nothing about Félix Blume or his exploits with a tape recorder, but after this one he made a fog horn record for the same label in 2019 which I’d love to hear. From 1st May 2018.