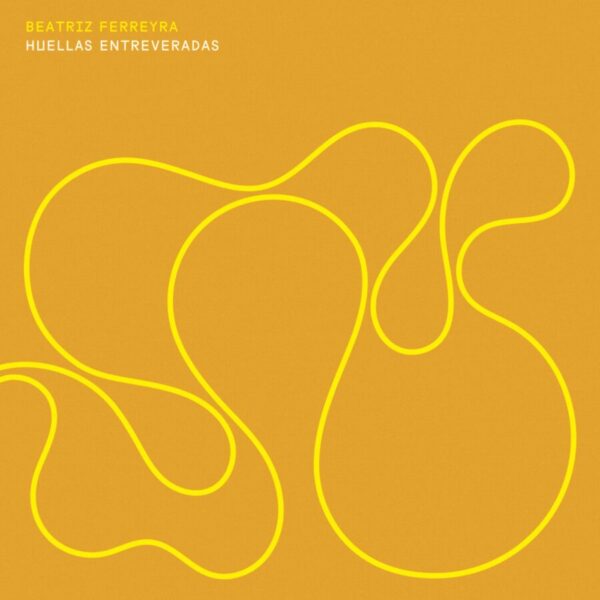 The fourth LP to be released by UK label Persistence Of Sound is dedicated to the music of Beatriz Ferreyra. Iain Chambers is the curator behind this small and select label which only puts out vinyl editions, and the first three items were devoted to English talents, all male – Robert Worby, The London Sound Survey, and Chambers himself. Beatriz Ferreyra is a woman composer, born in Argentina, and she also carries a lot of interesting musical history, particularly through her association with Pierre Schaeffer and Groupe de Recherches Musicales, since about 1963.

We’ve had one compilation of her work this year already, the LP Echos + released by Room 40 and noted by Jennifer Hor; Echos + selected works from 1978, 1987 and 2007, whereas today’s LP Huellas Entreveradas (PS004) is slightly more up to date, with the most recent work being from 2018. Chambers, Worby, and others associated with the Langham Research Centre are devotees of tape recorders, magnetic tape and microphones, which isn’t to say they use them exclusively to produce their sounds, but it’s fair to say they are adherents of the old-school musique concrète approach; I suppose this is one reason why Ferreyra appeals to the label, especially as she personally was there at the beginning of it with Schaeffer – the press notes sum it up by describing her as “instrumental” – and is one of the few such composers who are actually still alive. Beatriz Ferreyra was a diehard for the Revox tape machine too, and worked with it from 1965 up to 1997, often producing concert performances that relied on multi-speaker playback of her tape compositions.

Her work has gone more digital since, and she now composes mostly using ProTools, a system for which apparently there are “GRM plug-ins” available, and one would love to know more about what these devices do for the modern electro-acoustic composer. But there are still things you can’t do with a computer, and Ferreyra continues to employ her old Revox for those occasions. There’s also apparently in existence a technical language for describing specific musique concrète effects and dynamics (which I never knew about) – such words as trame, impulsion, iterative are part of it – and she likes to use these, along with invented phrases of her own, which are more free-spirited, to talk about her music. Another point of detail which has eluded me up to now is that it’s accurate to say the “French school” of this form of music went down two main pathways since the 1960s, as regards the fundamental method of doing it. The two pathways are mixage and montage – the latter involving tape-splicing, collage and editing. Ferreyra prefers the mixage approach, which is all about multi-tracking, overdubbing, and layering. It’s worth keeping this in mind as you listen; there’s something very elastic and flexible about her very blended music here, rather than the rapid-fire effects, dynamic extremes, and timbral shocks that one associates with tape-splicing.

Of the three cuts, my personal favourite is track one on side B, ‘La Babelle Du Chien Chien À La Me-Mère’ from 2001. It starts out with a simple observation about how we speak to our pet dogs, and almost instantly turns into a more wide-ranging discourse – an audio meditation about deeper philosophical matters. The sounds are astonishing, conveying a dizzying flight across space, yet it’s still rooted in human, recognisable forms – speech, water, footsteps. I find it touching that the subject matter here is so modest, and that the composer herself talks about it in a warmly idiosyncratic matter. 1 As to the title track, this was composed in 2018 and occupies all of side 1; it’s another “journey” themed piece, wherein “footprints…faint before the maze of memory”, indicating how physical and mental processes seem to overlap and cross-pollinate in this composer’s world, in a very productive manner. Vocal sounds appear to be the main source of it, but they are radically transformed into astonishing shapes and textures. Unlike a lot of modernists, Beatriz Ferreyra hasn’t lost touch with the real world, and no matter how abstract her music may become it always feels like we stand a chance of decoding it back into more recognisable and human forms.

The press notes give us an image of how the composer lives and works now at her home in the countryside near Rouen; remote and solitary, surrounded by a huge library of books on astrophysics, jazz and philosophy, an environment which allows her to build “a sound universe without limitations…with thousands of harmonious overlays”. All this passes on to me the impression of a near-mystic visionary creator, one who is wholly in touch with their muse, with a fully integrated personal philosophy of life and art. This impression is 100% confirmed by the uplifting music hereon. From 3rd April 2020.