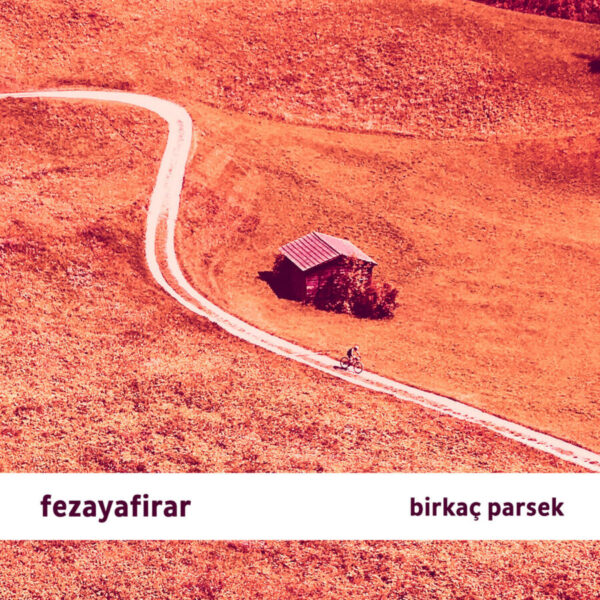 FezayaFirar are a duo of young Turks, by which I mean they really were born in Istanbul 1. They’re a family group, Melih and his brother Emre Sarigöl, and though wholly new to my roundabouts they’ve been active since 2012 and already have a number of download-file based releases on this label, for instance the Admin EP which came out in 2018. On Birkac Parsek (ACU 1023), I can hear an odd mash-up of mid-1990s styled glitch with assorted samples and analogue oscillations, creating what they hope is a “vintage” vibe in amongst the drones and the fizzy noises. They’re also shooting for an outer-space theme with their name, which they lifted from an early science-fiction novel which means “retreat to outer space”. Cosmographical subtexts are getting increasingly commonplace with electronica acts these days, but I don’t begrudge our two heroes their shot at the moon; I particularly like the idea that deep space is something they regard as a safe haven of some sort, a shelter from the pressures of modern life. I wish their music was a bit more exciting though; some nice pulsations, throbs, and effects, but not much substance, moment, or weight. Despite attractive surface textures, not feeling much content or direction to this Parsek. 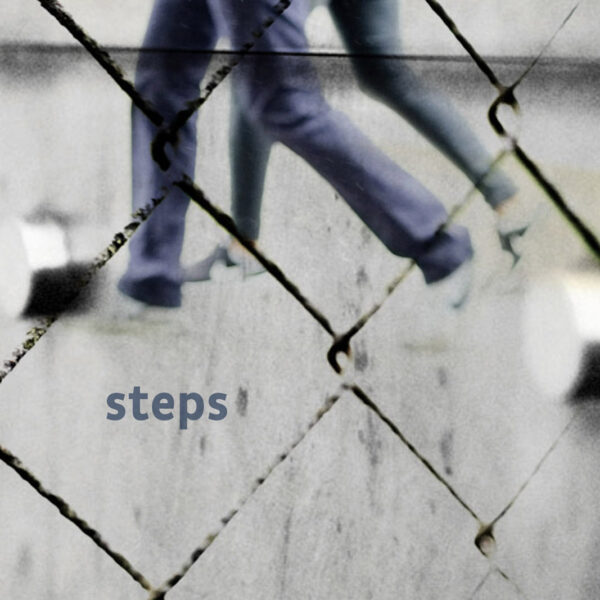 Steps (ACU 1021) is described as “an audiovisual project” by Emerge and his co-creator EaZy. Emerge is Sascha Stadlmeier who we have heard quite recently on Session #43 Recomposed (an elaborate remix-rework thing based on minimal electronica emissions) and before that on Hiding Place, made for the Russian label Frozen Light. Actually all the sound here is field recordings captured and edited by Emerge, while EaZy (the German drummer Eric Zwang-Eriksson) did the photography. They did it at Dachau, or more specifically the Dachau concentration camp memorial site, and recorded birdsong and people at this location. You may recall we heard a record occupying very similar territory in 2011, made by Stéphane Garin and Sylvestre Gobart and released on Gruenrekorder. Emerge has heard this one too, and in fact he regards it as “a modern-day classic on the subject”.

Emerge is at pains to tell us he’s not trying to make a record about the holocaust, or even about concentration camps, but rather a “record about a memorial site”. Yes, the record is very sombre and gloomy, but most of the sounds have been quite heavily abstracted, and if you didn’t know the subject matter you might have quite a different perspective on it. This proves, so Emerge says, that contextual knowledge can influence the way we hear things. He regards this as an actively political gesture, attempting to make sense of the present through understanding history. He intimates that something of the deep trauma of the site – a “bomb exploding in close proximity to our ears” – has passed into his recordings in some way, perhaps through the trudging steps of the very visitors to the memorial site.

To extend the concept of his composition, part 2 of the suite is a remix/reprocessing undertaking, with multiple collaborators invited to work their digital / tape magic; I don’t recognise all the names in the list, but the main point is they were drawn from a representative sample of European nations (France, Poland, Denmark, Netherlands, Spain, Italy, Germany…) in order to parallel the mixed nations that would have formed the concentration camp population. For extra poignancy, we’re invited to savour the felicitous nature of this collaborative track, a peaceful unity of cultures and nations, in stark contrast to the historical reality. There’s a lot of layers to unpeel, but the sound art for the whole disc is understated and intriguing, asking probing questions, and gently drawing us into the middle of something; after some 25 mins, you may look around and wonder where you are and how you got there. 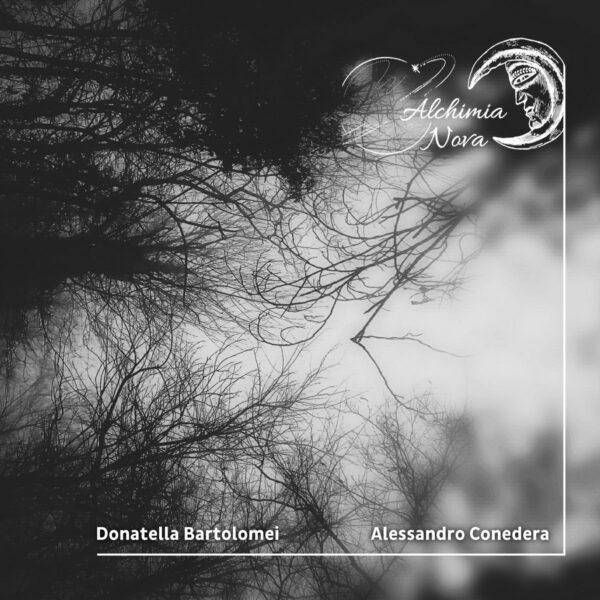 Lugubrious voice and ambient-electronics record is Alchimia Nova (ACU 1022), by the Italian duo of Donatella Bartolomei and Alessandro Conedera. Donatella Bartolomei is evidently more than just a singer, and is a performer, actress, and teacher too, possibly quite an extroverted soul if her portfolio of photos is anything to go by; she projects a Goth version of Cirque du Soleil mixed with added ingredients from Weimar republic cabaret and the performance art of Karen Finlay, and she isn’t afraid to paint the face. However, her vocals on Alchimia Nova mainly tend towards an introverted mode, slowly exploring various states of melancholy and solitude. Bartolomei self-released her Voce Sacra record in 2013, with a Diamanda Galas styled cover image, and I sense that parts of this record are aiming to terrify us at some level. If only she could deliver a charge like that; I dig that she’s influenced by opera, jazz and soul, and don’t doubt she has a good range of octaves, but she hasn’t yet developed her own technique or signature sound, and somewhere the emotional punch is lacking. Conedera’s mediocre instrumental backdrops don’t help the situation. 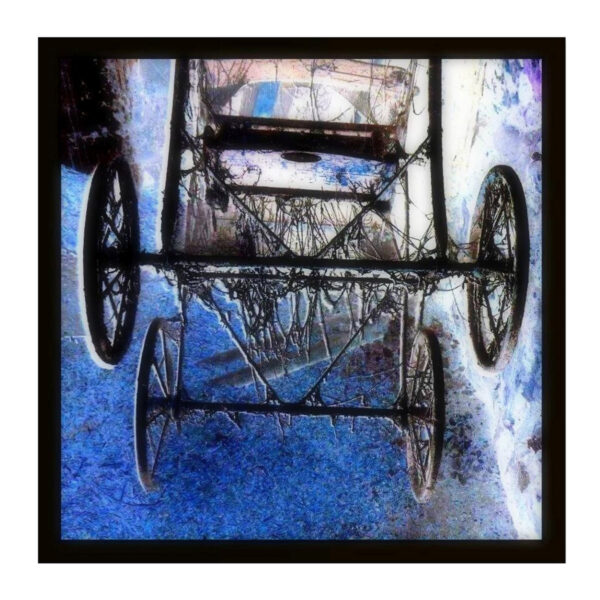 Ah, here’s a great one – the mighty Astro (Hiroshi Hasegawa), a Japanese god of cosmic far-out noise who was also founding member of the lovely C.C.C.C. Vermillion Gate (ACU 1015) shows him teaming up with Rohco, who contributes the electric violin to Hiroshi’s onslaught of modular synths and samples, jumbled up with field recordings too. Rohco is Hiroko Hasegawa, who’s also been in C.C.C.C. plus Metropolis and Shroud Of Vapour. The achievement here (as ever) has been to create monumentally large-sounding clouds of explosive noise, of an epic scale that dwarfs the listener as surely as a mushroom cloud. Yet one doesn’t feel too overwhelmed or brutalised by the sound, which creates exhilarating effects and seems to open up new vistas and dimensions for the audience to explore.

One of Hiroshi Hasegawa’s distinctive gestures is a delicious “electronic swoop” which carries the punch of 118 Theremins; he uses it here occasionally, but for the most part we’re getting the continuous “Mount Etna eruption” effect on the first two cuts, called ‘Asynchronous Waveform’ and ‘True Seals’. So far, pretty cathartic and energising, assuming you like these cosmic rays and negative ions to bombard your ribcage. This is just a practice run for the main slog, ‘Vermillion Gate’, which is described here as “a relentless climb towards a culmination point”, warning us that we are now required to ascend a mountain, a mountain of pain. Many hurdles await us, including rockfalls and gigantic lizards, and only the strong will survive on this Jules Verne-styled odyssey. It doesn’t help that both the musicians are hurling electric daggers at our head, and by the end of the voyage the ice-cold hurricanes blasting us are almost a welcome relief. A real crusher of intense noise.