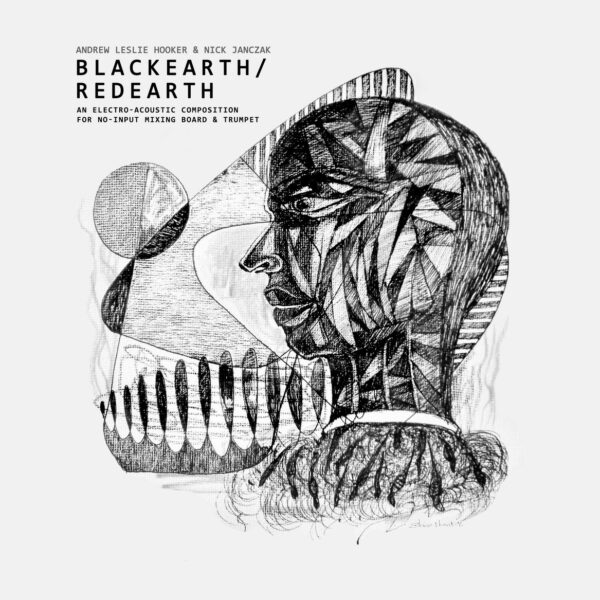 English electronic player Andrew Leslie Hooker is the Wales-based fellow who we met at the Ceredigion concert in 2018 and soon after heard his rather grim tape of apocalyptic noise, Ten Million Ways To Die. For today’s item Black Earth / Red Earth (SUBCONTINENTAL RECORDS SCR014) he’s joining his skills with the trumpet player Nick Janczak for a single composition lasting some 39 mins. Hooker’s method here is a two-step process: first he creates a sound-object that’s almost completely abstract and electronic and generated in the no-input mixing board, then Nick Janczak is called on to interpret it as a trumpet improvisation. So far so challenging, but there’s actually a third step – the two original parts get layered together to produce the final work, along with further manipulations by Andrew. Hooker, who I recall having a very hands-on rugged approach to his feedback manipulations, calls this method “Found Complexity”, and he’s working it up into a compositional approach for his PhD at Huddersfield. In some hands, this could be a recipe for noisy chaos, but Black Earth / Red Earth emerges as a coherent statement, with a fundamental tension caused by two or more musical directions pulling in different directions, thus creating a delicious mental anguish for the listener. No sooner are you sucked in by the inventive echoed tunes of Janczak than the harsh, grizzled bursts of Hooker repel your senses. Superb cover drawing is by Shivashankar, evoking a visual analogue for the unsettling music. From 4th May 2020. 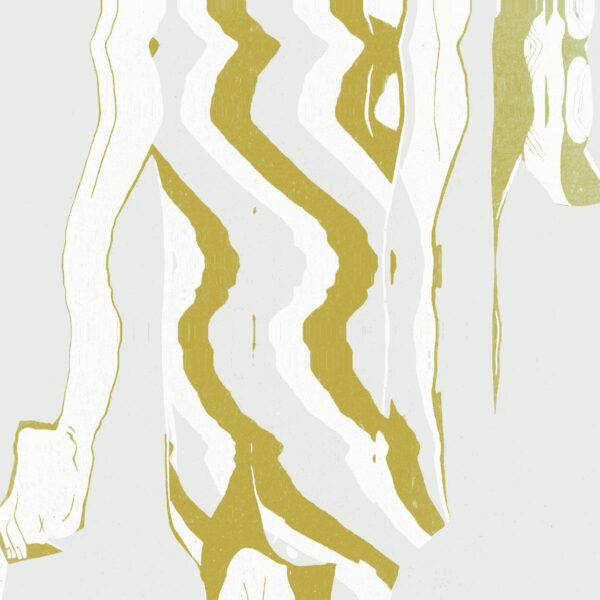 Good set of slow scrapey improv from the trio NEF on their Intervalles (INSUB.REC.CD09) – they are Rodolphe Loubatière with his snare drum, Pascal Battus with his rotating grindstone, and Bertrand Gauguet puffing his alto saxophone. At their best when they transcend their process-heavy method, and the music magically turns into an unnatural, groaning heave, composed of multiple sonorities. From 22 May 2020. 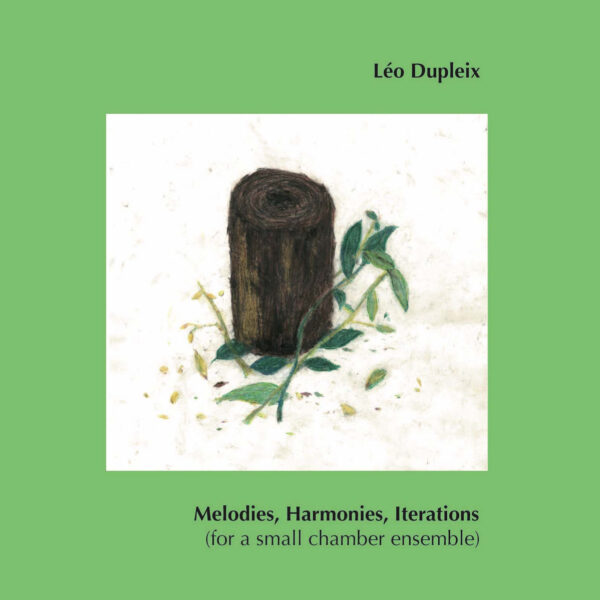 Léo Dupleix turns in one of his most accessible pieces yet with Melodies, Harmonies, Iterations (MEENNA meenna-973), performed here by the Suidobashi Chamber Ensemble. They did it at Ftarriin 2019 as a concert; the composer was particularly happy about the spontaneity of this live recording, due to the fact that the five musicians only rehearsed it for a few hours before stepping into the arena. Dupleix explains the structure and rules of the work on the back cover; it’s to do with groupings and re-groupings of the players, and specific tuning systems, but the rules are flexible enough to allow interesting conflicts and unusual sound events. Me, I just love the combination of these instruments – flute, clarinet, bassoon, viola, and guitar, punctuated by the sparse beat of Hiroyuki Ura’s snare drum; I feel like I’m getting a schematic version of a rare Henry Cow concert. I could listen to these long tones and keening harmonies, delivered in a severe and understated fashion, for twice as long as the record lasts. We’ve been hearing the work of this French composer since about 2016 and finding it very fulfilling; his last, Precess Series #1, likewise made judicious use of silences and pauses, and the Suidobashi players seem to be just perfect for the task at hand. From 19 May 2020. 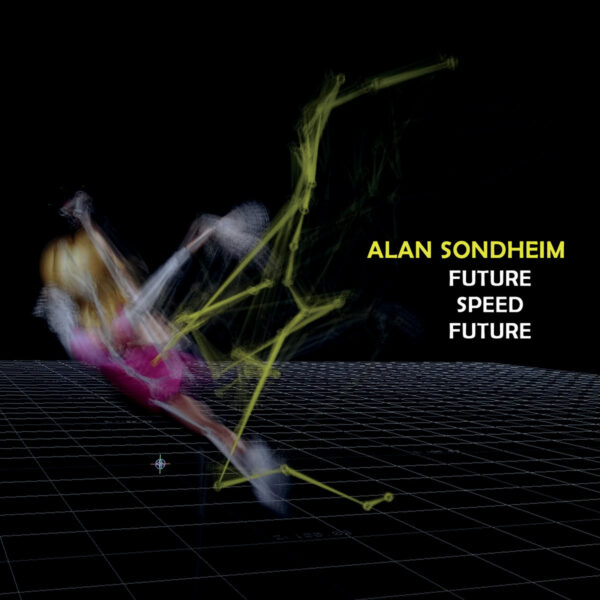 Alan Sondheim is the all-American legend whose career began with ESP-Disk in the 1960s and has been enjoying a purple patch of creativity since his “rediscovery” around 15 years ago. The last record he made for this label, Limit, baffled me with its abstruse prose, high-flown ideas, and complex computer-manipulated music. On today’s offering, the great polymath has deigned to descend a notch or two towards the level of us mere mortals, and opts to play mostly acoustic stringed instruments on Future Speed Future (PUBLIC EYESORE PE143), although there are also some songs sung by Azure Carter, accompanied by him. The instruments aren’t listed in detail, but I do get the sense he’s playing unusual and exotic stringed beasts, some of them with long necks and weird tunings; I like to think his house resembles an ethnography museum and there’s no musical device that hasn’t passed through his hands.

The plan for this project is “play as fast as possible” – he makes this much plain in his sleeve note, and the record bears it out. You’ll be breathless from the opening seconds and barely given a chance to catch up, as he runs laps around the circuit like a well-oiled athlete with spring-coiled legs. Derek Bailey on amphetamines, spliced with Charley Patton and Roy Smeck – by which I mean avant-sensibilities, atonal dissonances, and elements of blues and jazz too, although those three also happen to be killer guitarists too (check out the Smeck compilation on Yazoo L-1052 if you can). Sondheim has a purpose, and it’s something to do with another “high concept”, expressed in his typical multi-syllabic, impenetrable prose, proposing metaphysical impossibilities. “I keep thinking of a future that has already occurred,” he writes by way of explanation, “that is pulling the past into itself, that traps us within the pull, the pool so to speak…” In five paragraphs, a dense read; across 17 tracks, an exhausting hyper-listen. From 13 May 2020.