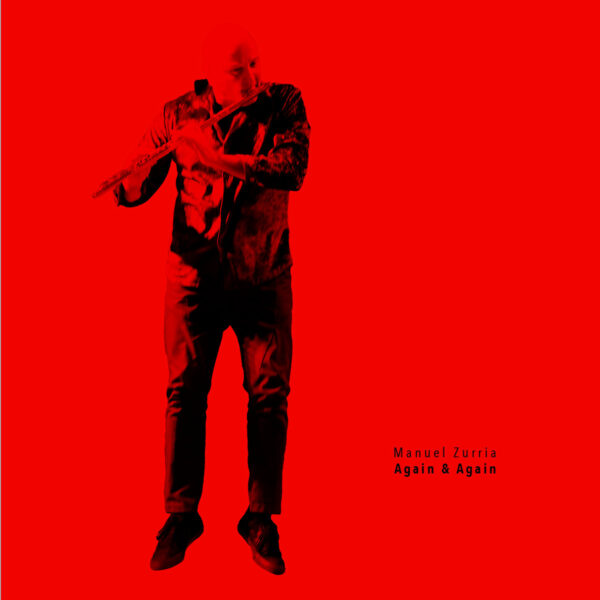 Italian flautist Manuel Zurria has shown up in these pages before with Loops4ever on the Mazagran label in 2011, and I think we also heard his 3-CD set Repeat! (for Die Schachtel) in 2008. He’s an interpreter, rather than a composer, and on previous releases he has shown an inclination to playing the music of the American Minimalists and NYC schools, including John Cage, Tom Johnson, Morton Feldman, Pauline Oliveros, Terry Riley, and Alvin Curran.

That trend continues on today’s double CD set Again & Again (ANTS RECORDS ANTS AG23), where he plays compositions of Steve Reich, Terry Riley, Philip Glass, James Tenney and Howard Skempton; and interleaves the American pieces with music from Eastern European composers, such as the Hungarians Laszlo Sary and Tibor Szemzo, the Slovakian Adrian Democ, and the Lithuanians Mazulis and Kabelis. These Europeans, claims Zurria, picked up the Minimalist football and ran with it, producing their own developments “in an original and unpredictable way”. He’s also keen to point out the cross-fertilisation of arts and culture as represented in the traffic between the continents; Maciunas started the Fluxus movement in Lithuania, for instance, and Vasarely (Hungary) was an important figure in the development of optical art. Full marks for these insightful historical-cultural references by Zurria.

He plays all the music here solo, mostly on multitracked flutes, but overdubbing with toys, percussion, voices, electronics, handclaps; and the linking element in all the selected music is repetition, as simple as that. No denying his performative skills are flawless, and his immaculate studio craft is something to be envied, but none of these pieces catch fire for me; he somehow manages to render minimalism as something flat, boring, and small-scale. I can’t square this with what I hear on may favourite records of Glass, Riley and Reich (often-times performed by, or featuring, the composers themselves), where the music is full of grandeur, spiritual depth, glimpses of the infinite; and even if it lacks any of those elements, at least it has tension, snap, and dynamics, none of which qualities I can find in Zurria’s flabby, apathetic interpretations. I appreciate however that he’s paid close attention to the individual notes of the compositions, and has honoured them faithfully, but he ends up doing embroidery and needlepoint on a cushion when what’s needed is abstract colour-field painting, on a canvas the size of the Grand Canyon. Arrived 22 July 2020.