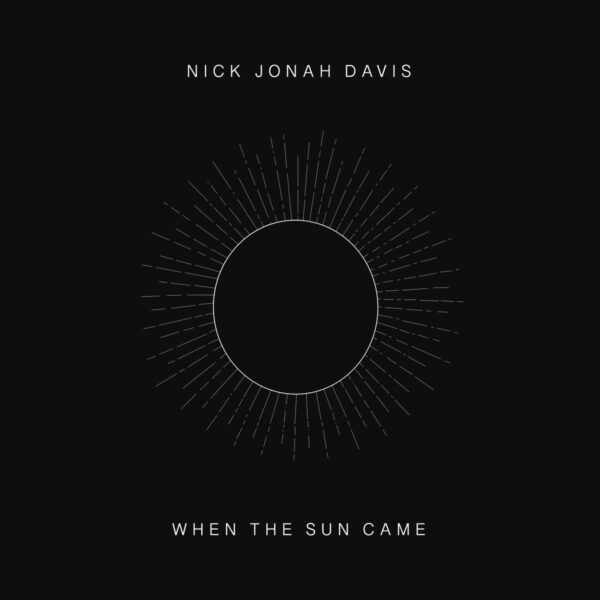 When The Sun Came (THREAD RECORDINGS THR007) from English guitar player Nick Jonah Davis. Another immaculate entry on the Thread Recordings label from Todmorden. Ten instrumental guitar cuts exhibiting skills of Davis in areas of slide, ripple-picking, strong melodies, also interest in slowing and restarting the tempo with remarkable poise – a tune may follow the steady Fahey-influenced “railway” rhythm only to slow down at midpoint, with David effortlessly picking up the rhythm again with the precision of a Casey Jones. While American folk forms are in evidence, most blatantly on ‘Delta Suey’, it’s not all country / blues Americana, as music of other cultures and continents is evidently at his fingertips and can be called on to feed into an improvisation as surely as if he were lifting a book from his extensive travel library. I’m thinking now of ‘Like A Teardrop’, a mysterious piece with very strong internal dynamics and an Indian or middle-eastern flavour in the sinuous top lines (I have no doubt he could imitate a sitar sound if he cared to show off in that direction).

While mainly an acoustic guitar record I believe, there is welcome amplified distortion on ‘The Muckle Master’, one of many pieces where he sounds like two guitarists playing as one. I did like his amplified work on Split Electric (from 2016, with C. Joynes), but there’s much to be said for the precision and just-right fingering / hammering on which we find on today’s offering. And the concision, with most cuts legging in at a crisp three-minute mark. This able instrumentalist can say a lot in a short paragraph without feeling the need to wander down the pathways of circular melodic riffing for one side of an LP. Did I mention he also has an understated gift for unusual chord shapes (or implied chords); rather than sticking to familiar, over-used C and G patterns, we have the invention of a tune like ‘The Peacock Dance’, whose internal key changes are exotic and spicy, along with trills and embellished lead lines that Renbourn would be proud of. It impresses me how this highly skilled player achieves these feats of technical prowess without calling attention to himself or his supple digits; each track has a quiet unassuming air, but listen into the detail and you’ll be amazed that such individual guitar craft still thrives in our fully automated, do-everything-on-the-iPhone culture.

May I also point out his continuing association with C Joynes, with whom he played as a member of Furlong Bray on the uncannily good album The Borametz Tree. He’s also in demand as player for such luminaries as English goddess of modern dark folk, Sharon Kraus. We also liked the odd noises on ‘Whistle On Woolf’, which are apparently made by pigeon whistles blown by lips of Nathaniel Mann. In all, a fine record of multi-layered pastoral guitar music and a showcase for impeccable guitar skills which Nick Jonah Davis should feel proud of. From 17th August 2020.