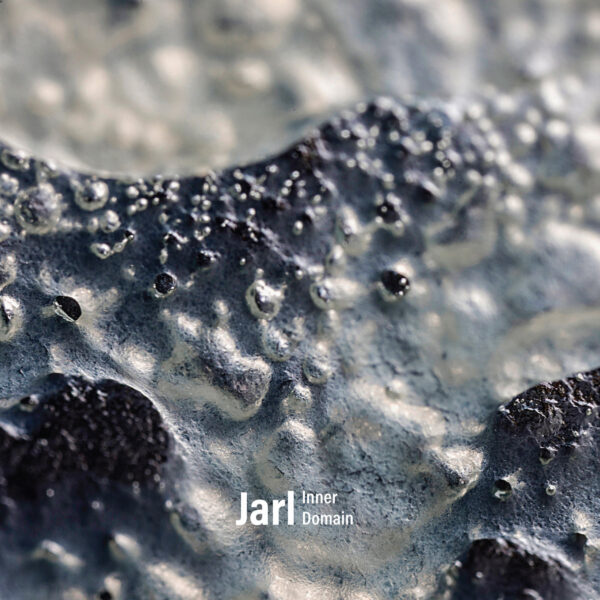 Latest set from Swedish dark-droner Jarl is called Inner Domain (ZOHARUM ZOHAR 203-2), a double-disc set of what he usefully describes as “withdrawn electronics focused on isolation”.

Last heard this macabre-sinistro fellow in 2017 with his Negative Rotation / Intensive Fracture, also a double CD set and drawing on previously released material from earlier parts of his career. This trend continues with today’s item, which was originally recorded around 2007-2009 and planned as an ambitious double-cassette release, which never in fact materialised at the time (although the two parts did eventually emerge as separate cassettes on the Lithuanian label Autarkeia). Now slightly reworked, re-ordered, and boostered with the inclusion of the ‘Curare’ track, we have the multiple parts of ‘Hypnagogic Domain’ and ‘Hypnopompic Domain’, all ours to enjoy and savour as we drift off for another insomniac episode.

Well, most of the original music is here – he took the editorial decision to excise a few segments, as they simply didn’t belong on a compact disc, in his view. What characterises this intense music is the strong internal rhythms – it’s a beast that never stops pulsating in its dark glowing manner – and the generally downbeat mood, which expresses every melancholic sentiment from brow-furrowed concern to deeply-held convictions of failure, and other pessimistic outlooks. The theme of Inner Domain is to do with sleeplessness, a subject which I feel is often popular among solitary sound artists of this ilk (although I can’t really call that many of them to mind just now…perhaps Frank Rothkamm, Arturas Bumsteinas, Lull). In particular the music itself has been “influenced by experiencing sleep paralysis”, according to the mystifying press notes. Jarl’s depiction of this unwelcome state – and I speak as a fellow sufferer of it – rings true, especially on those parts where he evokes a numbing state of mind, where the same ideas continually pass over your tired and unwilling brain, until your whole body feels as stale as a huge wodge of old chewing gum.

That said, it’s not all monotonous drones and pulses – the fourth part of ‘Hypnagogic Domain’ is an epic sprawl of aggressive, heavy noise that feels like an oppressive curtain of doom swaddling the helpless body, and at the same time expresses a horrifying sense of chaos taking control of your life. Disc one ends with ‘Curare’, a 2015 item originally only available on a comp called F.Y.E.O.: Selected Frequencies Volume I, and presumably cut from the same foggy cloth as the earlier work, i.e. recorded on 4 track or 8 track, and made with wave form generators, and a delay effect the size of a small fridge. This one doesn’t quite have the merciless intensity of the buzzing monsteroos that precede it, but you can’t help but be sucked into its endless rise-and-fall structure; it has the pull of about 200 elephants who drag your chained body into a swamp…they’re not taking no for an answer. The second disc contains shorter electronic bursts, and the music here arguably has a bit more “variety” assuming you’re looking to swop around a few noodling burble-textures as you apply massaging tools to your noggin, and while it’s strong stuff full of malevolent conviction, it doesn’t quite deliver the full terror and inchoate madness of the first set.

Even so, this is a lean and muscular release of single-minded and distinctive blackened electronica that anyone should be proud of. From 10th September 2020.