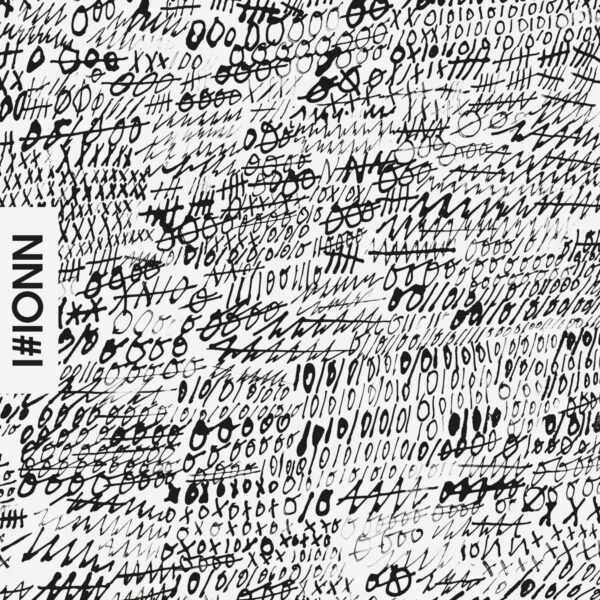 From Robert Schalinski in Berlin, we received two new vinyl items from the label 90%Wasser. As you may know this label has been home to some of the more extreme experimenters of the German avant-garde, including Column One (that bizarre collective of which Schalinski is a member), Frieder Butzmann, a 1980s veteran who appeared on the Zensor label, Jürgen Eckloff, and others; I wish I had heard more from this far-out imprint, especially as we very much enjoyed the “airplane tapes” item from Jurgen Ploog in 2015.

The first item NNOI#1 (WVINYL 026) is a split between Ditterich von Euler-Donnersperg and Felix Kubin; I know and love Kubin’s work, but who is this von Euler-Donnersperg fellow? Well, I see he’s also known as Uli Rehberg, and under that name he ran the label Walter Ulbricht Schallfolien which released not only his own work, but also (since 1982) some important early recordings of industrial music big-wigs, including Laibach, Throbbing Gristle, and SPK. As Ditterich, he put out a series of experimental singles staring around 1998, which look very intriguing and now command high collector’s prices. He has eight short-ish tracks on his side of this split, and rarely have I have been so delightfully baffled in the space of 20-odd minutes. I think it’s done with tape editing and vari-speeding and other manipulations, and maybe electronics, but it’s very hard to be sure as it’s all so abstract and unfamiliar. What’s relevant is the process, the creator’s very strong “plastic” approach to working with his themes and materials. He pushes sound around like playing pieces on a board game, leaping over the opponent’s men and working to a set of rules only he understands. Normal expectations are short-circuited, the listener’s mind is pulled and pushed like two pounds of saltwater taffy, and soon we see the world as a wayward, uncertain place. What I especially like is the subtle, careful manner in which Ditterich von Euler-Donnersperg wreaks his own brand of subversive, disturbing sounds; none of that gratuitous shock value or implied violence for him. Unsettling, odd-tasting genius, executed with concision and deadly accuracy.

In presenting this work to us, the label has written notes which are low on facts, but high on humour and jocularity; they liken the two creators to chefs or cooks, who “have been stirring in the same pots for 25 years – only! with different spoons”, and then proceed to over-stretch this culinary metaphor so far that even Gordon Ramsay starts to blanch. There’s also a reference to “the primitive anatomy of the NNOI that sinks onto the frosted glass of nature, like the printing ink unconscious in the letters of the newspaper”, which is both deliciously obscure and close to the sardonic black humour of Kurt Schwitters, indicating the spirit of Berlin Dada lives on. Felix Kubin turns in one side-long piece here, the 17:18 minutes of ‘Entr’Acte’, devised as a soundtrack to the famed Rene Clair 1924 film of this name. This too I think is produced by means tape-manipulation – it has that queasy non-natural vibe we get from the best musique concrète records – though Kubin uses more “musical” elements, by which I mean short fragments of keyboard melodies or tunes, in among the more abstracted and strange tones. At first, I thought this might prove to be the more approachable of the two sides, but it’s not really; it gets creepier and odder as it advances, again following an ingenious encrypted structure that is impossible to second-guess. Kubin has produced much work I’ve heard that is humourous, accessible, entertaining, poppy even – so it’s good to hear from this slightly darker side of his complex psychological makeup. 17 minutes spent in the company of this perplexing sound-scape is having the same sort of reality-sapping effect on me as the A side.

Are these Hamburg artistes using their powers in a benign way, to help mankind? Or is there some sinister plot at work to undermine our shared sense of reality, one brain at a time? Very nice presentation on this one, 300 copies only in a gatefold sleeve printed with Frank Diersch artworks. From 28th September 2020.