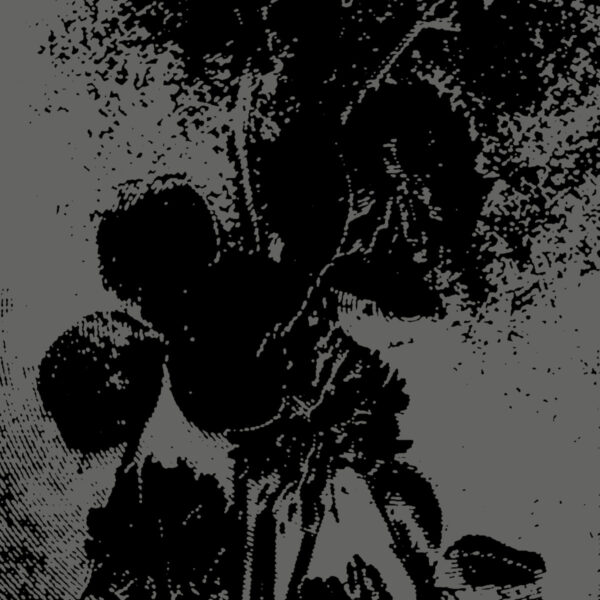 We recently heard from 156, which is the Cuban-American fellow Adel Souto, on his solo album An Accidental Exorcism – an intoxicating blend of horror movie soundtracks with old-school industrial noise. Adel personally sent us this album from his current home in Florida, along with a split tape he made with Knurl on the Humanhood Recordings label.

His side here is called ‘The Collapse of it All (Parts I-III)’ – and while I’m not familiar with the totality of 156’s work, this seems to represent another side of his endeavours. Very focussed electronic drone leads gradually into a section with much rhythmic drumming, which Souto describes as “tribal”, under the conviction that his music has an appeal to modern urban shamanistic-types. (His earlier records were made using human bones as a sound source, a fact which I don’t wish to investigate further.) I like the concentration in the music, the way it doesn’t diverge from its chosen pathway which it explores with grim determination, as if advancing down a darkened tunnel. 156 arrives at a very uncluttered and direct form of mesmeric noise, but that isn’t meant to suggest it’s particularly enjoyable; there’s a very dark and disquieting atmosphere at work here. Happy to throw out his own comparisons for the benefit of reviewers, Souto claims affinities with Coil and Skullflower for parts of ‘The Collapse of it All’. I get the Skullflower reference – they too favoured an incendiary noise that chokes the listener with fire and smoke, but can’t really detect the Coil strains here, unless he’s thinking of the intense wine-fuelled drones of Time Machines.

Flip the tape to hear 19:46 of ‘Retalophase’ by the Canadian noise blaster Knurl, who’s been active since the mid-1990s. Knurl is exceptionally prolific and favours album titles that are hard-hitting and pithy, along with equally punchy artworks; it might also be correct to designate him as “old school” noise, as he pitches right in with a thundering harsh-noise wall, equal parts shrieking metal and buffeting-tornado blasts. The comparisons for Knurl, invoked by 156, are Ramleh and Sutcliffe Jugend, both acts which I have largely tried to avoid on account of their extreme misanthropy and nihilism, but at least Knurl, unlike those, doesn’t seem preoccupied with wallowing in taboo subject matter. I’d imagine it’s possible to find a way into this remorseless electronic howl, as I detect one or two moments where the roadway isn’t completely choked off with barbed wire and steel thorns, and a man might stand a chance of walking through unscathed. No escaping the violence of it all, though; at least 156, on his side, does allow the possibility of contemplation and human feelings, considerations which are swept aside in the Knurl onslaught of flying concrete and broken glass. From 9th November 2020.