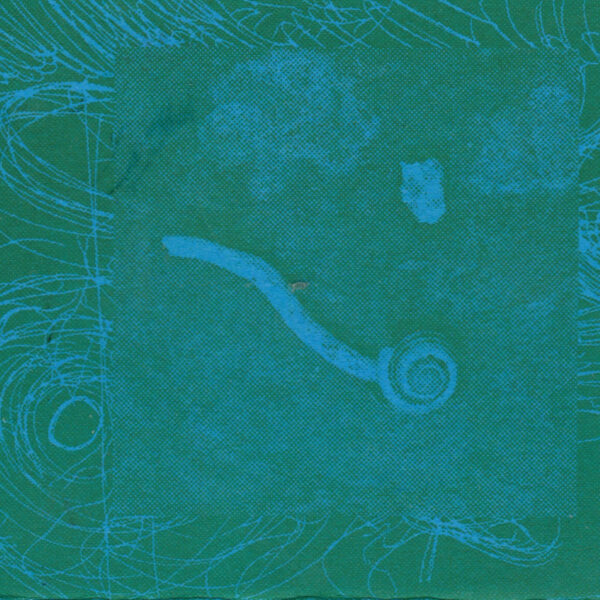 Another cassette release from the experimental Sensorisk Verden label in Denmark, from whom we last heard with the enigmatic Music and Neighbours of Chi’en Chien (vol I) tape by Henning Lundkvist. Today’s item A Limb Between Two Greens (SENSORISK VERDEN SV_50) is a split between E.O.M. and Alexander Holm, and where they overlap is in their shared attempt to investigate outdoor parks and gardens in some way…the works were recorded in the autumn of 2020, when lockdown was already affecting most of the world’s population, and our two sound-artists might have been going slightly stir-crazy…smitten with an increasing sense of claustrophobia, they started musing about this strange time when “infrastructures of both inner and outer landscapes seem heavily distorted”. To put it another way, whether they stayed indoors to be safe or went outdoors to get some exercise, they still felt trapped and the world looked uncertain, the walls closing in on them remorselessly.

E.O.M. – whose name is an acronym for “Economy Of Meaning” – did it in Copenhagen, in a fine botanical garden called the Landbo Højskolens Have. Failing to find any solace or comfort among the herbs and leafy shrubs, he instead turned in a 10-minute exercise in ambiguity and doubt titled ‘Eine Seltsame Schale’, whose queasy and disconnected sounds were an analogue for his troubled mental state. The odd title translates as “A Strange Bowl”, which might suggest further his sense of entrapment, as if he were a lone haricot bean unable to scale the slippery walls of the huge curved pit he now finds himself in. Alexander Holm is billed here as the co-manager of the Sensorisk Verden label, and he might be in Berlin just now – at any rate, his side ‘Omrids Af Landbo Wagenblast’ has some connection to the Görlitzer Park, a charming recreational green lung in the Kreuzberg district of that city. He too seems to be blighted with a sense of angst and existential uncertainty, and his piece teems with fragmented, micro-bursts of non-specific electronic sounds, amounting to a mosaic image whose subject matter is far from clear. As with the Danish side, it seems that taking a walk outside in the fresh air has done very little to relieve the sense of being hemmed in, and the same restless thoughts plague the brain. Apparently the Holm piece does derive from field recordings, but you wouldn’t know as they’ve been so heavily “atomised” and arranged into a hard-to-digest array of unrecognisable forms.

I like the idea that with this cassette, one side “answers” the other and that the two creators, though separated by geography, are sharing a hands-across-the-water moment, bonded by their shared pastoral romps among the daffodils, as neatly summarised by the title A Limb Between Two Greens. But it’s hard to see how this amounts to an investigation of “a terrain of possible encounters”, as they seem to think, and when they enjoin the audience to use the project as an “entry to further explorations”, I’m not quite sure what’s expected of us. Neither piece has completely succeeded in engaging with the “outdoors”, let alone the wider environment, and the tape largely communicates a rather dismal sense of futility. If we’re going to make it through lockdown, might I propose we should start to demand more from our sound art, maybe encourage artists who offer us practical suggestions and messages of hope, instead of inward-looking murmurs of despair. From 15th December 2020.