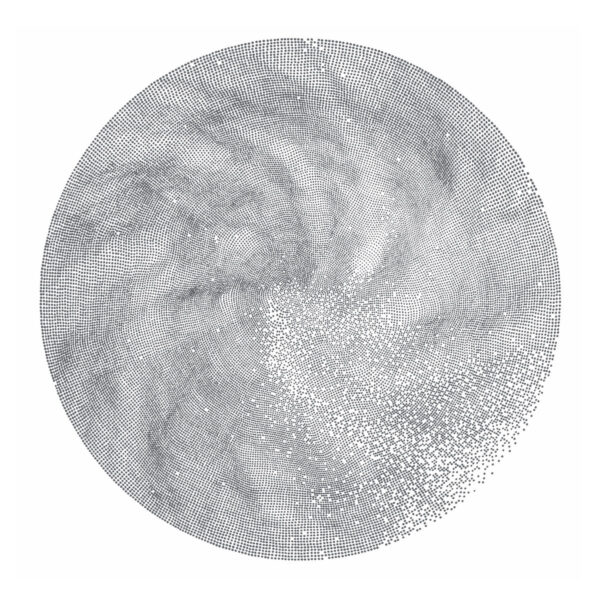 Six pieces of highly minimal sound to be experienced on Interreferences (ROOM 40 RM4146), from the Los Angeles artist Richard Chartier.

We have tended in the past to receive his work under his guise of pinkcourtesyphone, but that seems to be an identity reserved for creating a particular brand of ambient music that Chartier has made all his own, one that’s somewhat more musical and which doesn’t exclude some almost-indiscernible narrative elements. I particularly liked taking into account only a portion of your emotions which he made for Mego in 2016, a benchmark of his “ghostly hotel suite of the damned” genre. We have thus neglected the other side of Chartier, that of the committed abstract sound-artist who works in a minimal way, and this is embodied in an impressive string of releases dating back to 1998, some of them collaborations with other important European and American minimalists, such as William Basinksi, Steve Roden, Taylor Deupree, Asmus Tietchens, and Bernhard Gunter. It’s also interesting to note that he began his career as an abstract painter, and at some point found he could no longer communicate what he wanted through the “pigmented surface”, as he calls it. He now insists on seeing his sound art work as “purely abstract”, implying I suppose that it hasn’t been “abstracted” from nature (e.g. reprocessed field recordings), but exists as a thing in its own right.

As to the form it takes, the material here is very highly controlled and refined, one senses, with slow-moving and gradual change realised over quite a long time – most of the pieces here are around 10-12 minutes in length – and it’s done through combining two very simple approaches, a subsonic-type bass pulsation with all manner of subdued, delicate details floating somewhere in the top range. You’ll notice it’s impossible to really “locate” these sounds or forms, and if there’s an imaginary space being created in these episodes, the intrepid listener will have many hours of fun trying to recreate or plot that space. Feel free to play back at high volumes to truly sensate the sumptuous surfaces that emanate from Chartier’s creative production units. Another endearing aspect of the fellow’s work that is emerging today is that he himself is not really able to say much or write much about his work, instead positing various proposals and lines of enquiry in the form of questions. He perceives music creation as a mysterious process, a stance which I can agree with. He genuinely can’t say why this sound or that sound, or why and how he ended up placing them where he did. Ultimately he would be happy if we just listened to the sound as sound – “focus on the sensorial nature rather than an explicit narrative or reasoning”, to use his own expression.

All of this record works brilliantly for me, especially the third track which I think is called ‘Interreference.6’, and which over 12:50 mins hangs and floats in the air insisting on its own ineluctable and ineffable presence. Ambient, this isn’t; great minimal sound art, it is. From 30th March 2021.