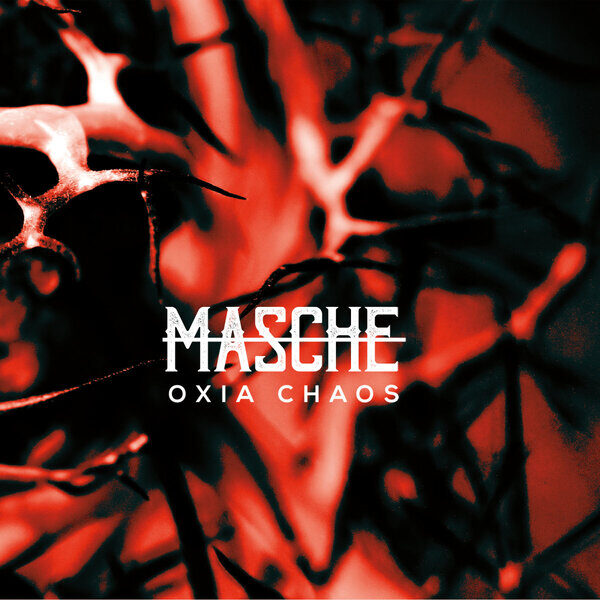 That rather thorny sleeve design seems to warn us of being helplessly snagged and scratched by the barbs of the Masche briar patch from the very first unsure step. The gloves are on then, but before the litmus test, an explanation of how the group got here from there.

Formed around nine years back, this Italian avant jazz combo’s initial open-door policy eventually gelled into a (near) permanency with their debut Kalvingrad (ADN Records/2018), after which vocalist Cirstina Trotto Gatta jumped ship to join Anatrophobia. Now reduced to a quartet for their second, bassist/vocalist Andrea Chiuni, synthesist Valerio Zucca Paul, blatteur Diego Rosso and Alessandro Cartolari on baritone plumbing have put themselves under heavy Martian manners, as references to sci-fi author Ray Bradbury’s Martian Chronicles cut a major swathe through the whole shebang. Much like this… the tracks seem to reference certain relevant parts of Mr. B’s magnum opus, while the album’s title shares its name with some kind of Martian geological anomaly. Once these boys get their teeth into a erm, concept, they certainly don’t let go. It’s Mars everywhere.

But here’s where a major lapse in band judgement occurs with (red) lights flashing and bells a-ringing. From “The Watchers” to “Night Meeting”, the instrumental outage is as effervescent and as dynamic as it gets…misshapen sax blurtations, alien synthscapes and metallic percussives all bubbling to the surface, but when bassist/voxist Andrea Chiuni’s heavily doctored sprechsang takes on the guise of a scenery-chewing Dalek – run for your life – preferably up a flight of stairs, you’ll be safe there. Voice-boxes, vocoders and the rest of their demon brood have dated so very badly over time. I mean, who in their right mind would want to visit ‘Frampton Land’ or ‘Rocky Mountain Way’ for a second time?? Let alone cock an ear to Herbie Hancock’s thankfully brief spate of chart hits! For more guaranteed oomph p.s.i. (without the Maplins/larynx interface), I’d much rather point you towards previous review candidates like Sweden’s Nods Off or Spain’s Xerai instead.

Also available on cassette (CN191) through the auspices of Newcastle-upon-Tyne’s Cruel Nature records.