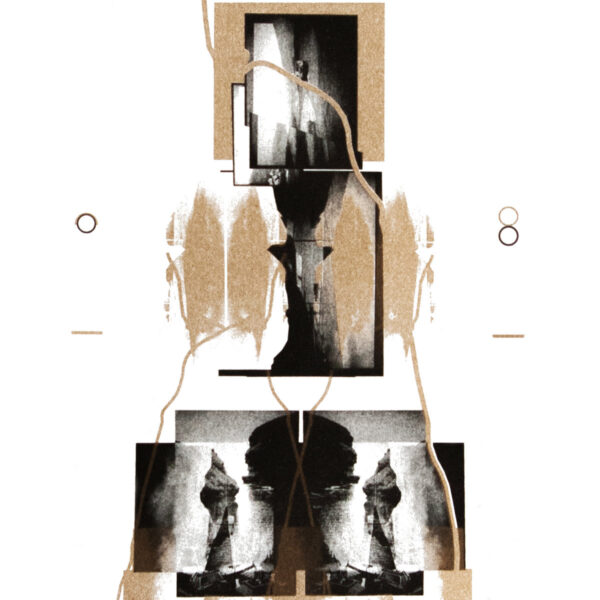 English combo Rutger Hauser from SE London are a six-piece featuring Lisa Busby and John Harries; we’ve noted Busby before with her puzzling Fingers In The Gloss record, and before that the even odder record made by Sleeps In Oysters. I think drummer John Harries may be one of the masterminds behind these layered semi-conceptual pop bands, though it’s hard to be sure. We heard the first Rutger Hauser record in 2015 and enjoyed the open-ended nature of the music, and its spontaneity (it was pretty much recorded in one take).

Neither of these aspects seem to have fully survived for The Swim (ADAADAT ADA0059), which they recorded in 2018, and I’m finding it to be rather mannered and contrived. The unique sound of the band is certainly a plus, adding the cello work of Rose Dagul and the electronic sounds of Busby and Ian Stonehouse to their clipped, pared-down avant-rock stylings; and they still retain their enthusiasm for experimentation, trying out things with studio effects, melancholic drones, and poetry recits on top of disconnected free-form music. There’s probably an extra dimension added by the guest guitarist Jon Klaemint Hofgaard, who was their host for the sessions on the Faroe Islands where the album was recorded. They’re very pleased with the sound they got in the community hall where they worked, and believe this “big wood-panelled room” is audible in the music.

The finished product is certainly a bright production, and they most certainly didn’t overcook things with too many takes or too much rehearsal. And yet I’m still missing the creative accidents and right-first-time-ness of the debut album; here, it seems they’ve given themselves a little too much time to indulge ideas that would have been better left on the shelf. Even if they start out promisingly, evidently no-one in the band has any clear idea how to finish these experiments, and they simply trail away without delivering very much. Add to this the enigmatic cover art and hard-to-decipher insert, and you’ve got a fine example of 1990s ironic, distant postrock made about 25 years too late. From 5th June 2019.