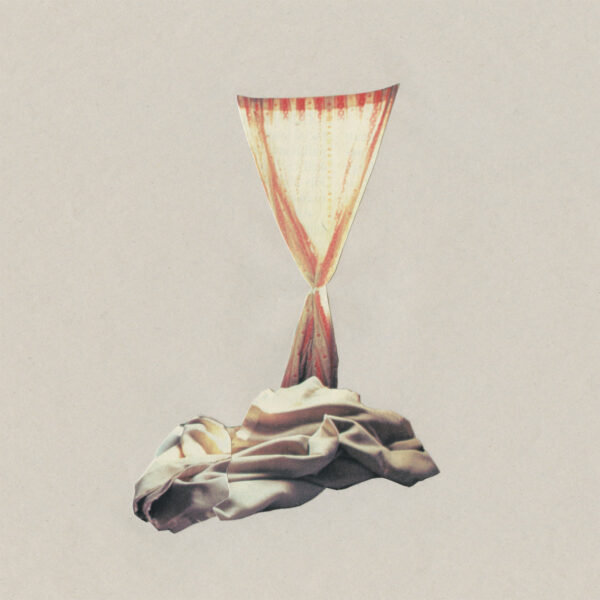 First release from new label Differ Records operating out of Stockholm is the excellent LP by Vilhelm Bromander and Fredrik Rasten, an all-acoustic minimal set called …and for some reason that escapes us (DIFFER RECORDS DR001). Swedish musician Bromander plays the double bass, Rasten bows his guitars, and both add imperceptible voice elements to this slow-moving, ponderous and deliberate music. I see I wasn’t massively impressed by Rasten’s last piece, the Six Moving Guitars which he made for Sofa, but this might be the record that puts me on the right track.

For some reason might appear very simple on the surface, but the duo are trying a lot of bold experimental things – half composed, half improvised, and trying to generate tones in a variety of ways, including harmonics and difference tones. These difference tones have been showing up in improvised music once or twice lately; for instance, The International Nothing claimed to be doing it on their 2017 album, and in 2015 we heard the Populista release made by Ralf Meinz, Karolina Ossowska, and Mikolaj Palosz which I think was the first time we brushed feathery antlers with this phenomenon, first observed by the 18th century musician Giuseppe Tartini. These phantom notes mean the world to Bromander and Rasten on this record, and their achingly slow and carefully-chosen movements reflect how intently focused they are on this kind of tone production. Interestingly, the record seems to get simpler and more refined as it progresses; we may start out with recognisable musical notes, and even think we’re hearing a tune of some sort on side one, but around the middle of side two I sensed the duo had given themselves over completely to the purest, most distilled kind of minimal sound they could muster, caring not one whit for such niceties as rhythm, harmony, or melody. This is a very good progression, I’d say.

Lest you think it’s a completely soul-less exercise in technique, or emptied-out minimal moves for their own sake, let me report that …for some reason is steeped in emotional content, summoning intangible sensations of melancholy and nostalgia right from the opening grooves. One is also intrigued by the suggestion in the press note that this is “a forgotten music” and “an imagined old music”, a highly subjective interpretation, but one that rings true; for instance, the pieces ‘Harmony for two or more voices’ which happen to have been composed by the Norwegian half of the act, Rasten, feels like a throwback to the sort of early music that David Munrow’s Consort would have played, using viols, rebecs and lutes; it’s as though our two Nordic modernists had found a way to reimagine the past glories of anonymous 14th century composers, and distilled its essence into a few precious minutes of intense music. I’ve also got some sketchy notes in my notebook reminding me to point out that as “compositions” go, these scant pieces may seem unfinished and elliptical in a strange sort of way, yet they remain deeply satisfying on some level one can’t quite understand. This is especially true of the side-long ‘Gentle Mountains’ suite in three parts, which occupies all of side two; plenty of gaps, silences, avenues that trail off unexpectedly. By the end of it, you can’t wait to revisit this musical conundrum and try to fathom out what pathways it might be suggesting for exploration.

For reference, a record which comes close to touching these same musical extremes is the recent release by The Touchables called The Noise Is Rest, also from Norway. Very good; do try and get a vinyl copy of this, so you can truly savour the resonant bass tones. From 30th October 2019.