Can’t find out much about the combo inaud1bl3 apart from fact that they may be located in Berlin and have made a jolly EP of electropop nonsense for the Generate And Test label, an operation which may have something to do with Farmers Manual, those electronica arch-pranksters of Vienna. Just six short songs on their Zahlen Spiele E.P. (gt54) made with beatbox and bass sequencers and guitars and a very insistent vocalist delivering some rant in German which sits midway between rapping and cabaret schmoozing. The live applause between tracks may be dubbed on to create the impression of a live act, but the whole thing is so sarcastic and insincere it’s hard to find a way into it; like some white European’s misguided idea of what black RNB is supposed to sound like, mixed with half-baked lifts from experimental techno. Even the press release, with its caveat about “no international translation included” is set against us English speakers. Very odd; a joke I don’t quite get and as insincere as a double-edged Tweet from a fresh-faced millennial. (14/01/2020) 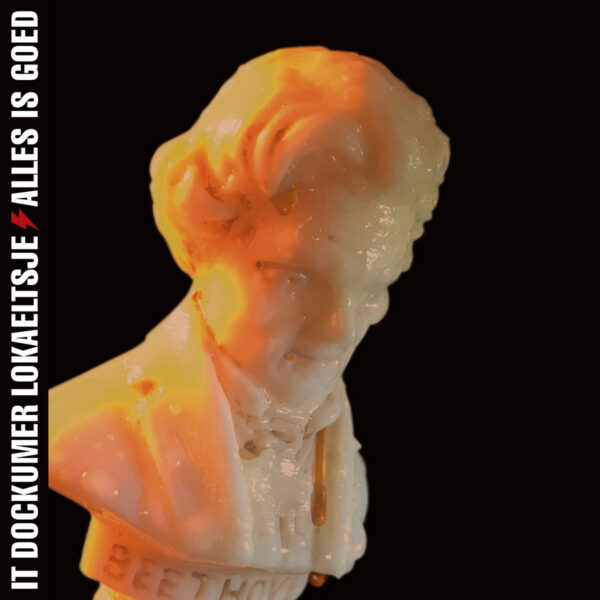 On firmer terrain with Alles Is Goed (MAKKUM RECORDS MR28), a record on the Dutch label Makkum Records and recorded by Dutch rock underground chugsters It Dockumer Lokaeltsje. It’s a set of cover versions of songs by DAF, of all things. We encountered these thuggish types before on their 2017 LP Tonger, which was noted by Steve Pescott as “charmingly prickly and irascible”, as he also likened them to his fave John Peel bands such as The Fall and The Dancing Did (not unreasonably, since IDL formed in 1985). Part of their schtick is that they sing in Frisian, mainly because they can, and it seems to mark themselves apart from the herd; unlike Arnold de Boer, who also insists on the Frisian language but seems to bent on making a political or social point (see his Moarn Gean Ik Dea on this same label). It’s good to hear the back catalogue of Deutsch-Americanische Freundschaft revisited in this way, and It Dockumer Lokaeltsje refit everything to work with the guitar-bass-drums-vocals setup and wisely keep everything short and snappy, most songs hitting the two-minute mark with ease – that brevity has always been one of their strengths. What they miss, to my mind, is the incredibly abrasive and urgent tone of Gabi Delgado-Lopez and Robert Gorl, who usually performed and recorded each DAF song (especially in the early days) as if their lives were in danger and they had a huge amount of pent-up fury to sweat out of their system. Instead, It Dockumer Lokaeltsje emphasise the gay politics and daring collisions of ideas in the lyrics, such as linking fascism with religion on ‘Do The Mussolini’. On the other hand, it might be the press notes making this connection on their behalf. More than a mere novelty record, but still a bit flat and plodding where it ought to be energising. (14/01/2020) 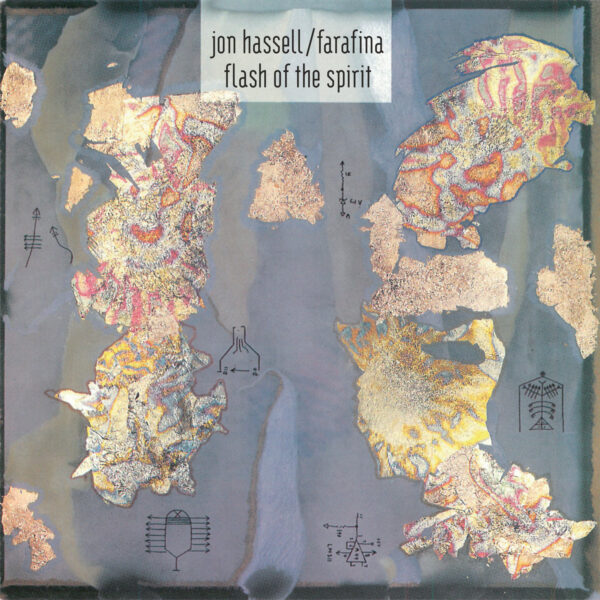 Flash Of The Spirit (TAK.TIL / GLITTERBEAT GBCD 087) is a very pleasant discovery for me personally – I’ve a few Jon Hassell items in my so-called record collection, mainly due to Brian Eno connection, but somehow missed nabbing this LP or even seeing a copy when it came out in 1988. Farafina are a group of West African players who play drums, percussion, djembe and balafon on this record, while Hassell issues his characteristic bendy trumpet half-melodies and ambient driftiness imbued with that far-off signature sound of his. Plus it was co-produced by Eno with Daniel Lanois. This is a real missing piece in the “Fourth World” jigsaw (not that I’ve spent much effort in putting it together), and these are magical rhythms that no computer could ever replicate. As well as the excellent playing, the whole sound of the production is just so perfectly integrated; no idea how they achieve that subtle echo, that feeling of light and space, but to me it’s a technical marvel resulting in highly listenable and beautiful music. Wonder if I can legitimately file this alongside My Life In The Bush Of Ghosts and Graceland, the latter of which was a major chart-topper when the whole “African” thing seemed to be catching fire with American college kids and the record execs sensed there was money to be made from it. Bush Of Ghosts of course is much more mannered and arty, and Flash Of The Spirit beats it hands down if you want authentic grace and subtlety in your rhythms. A mystical, ghostly delight. (14/01/2020)