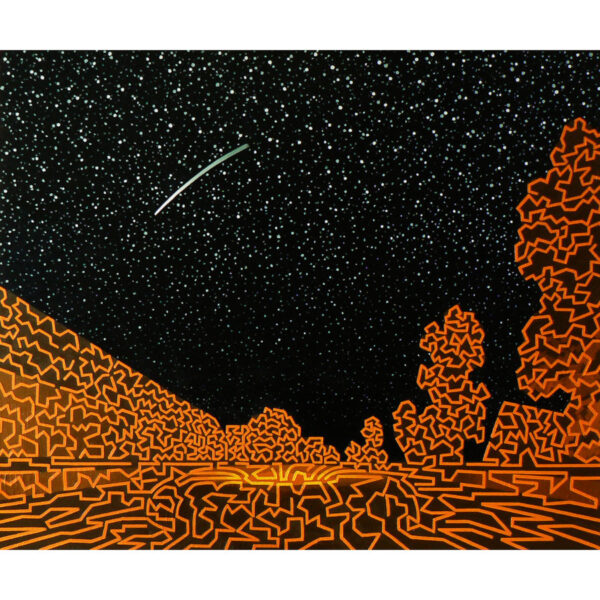 Another two new releases from the Polish label Gusstaff Records, both of which arrived 27 February 2020.

The trio Synchrotrony are new, but the players can be found performing in other contexts – the saxophonist Maciej Rodakowski is a member of the Warsaw Improvisers Orchestra, the bass player Jacek Steinbrich is the leader of his side project TeChytrze, and the drummer Krzysztof Topolski plays in at least seven other groups besides releasing a hefty amount of minimal experimental electronica under his Arszyn alias. I think we can describe all three fellows as musically very broad-minded, Steinbrich particularly so – proud of his wide-ranging tastes which include “punk, blues, minimalism, jazz, free jazz, classical and contemporary music.”

The self-titled Synchrotrony (GRAM2003) record attempts to embrace many genres, including Polish folk music and Krautrock, although some of these elements are rather hard to detect. Mostly what we hear is competent jazz trio work with an emphasis on blues and swing tunes, and nothing very special in the performances. Rodakowski is as smooth as a silkworm wearing a cellophane suit, and you feel he couldn’t break into a sweat even if he worked out in a gym for 30 mins. The rhythm section have a bit more zest in their playing, and burst forth with many fruity blossoms on the opening cut ‘Bee-bah’ which is full of angular tensions and dynamic spaces. The title ‘Black Metal Blues’ promises much to a Black Metal fan like myself, but it turns out to be a corny 12-bar riff. I find moments of interest in ‘Darmobit’, which I assume is the cut which earns them the “krautrock” tag on account of its muscular drumming and taut bass work. There’s also something to be said for ‘Fintifluszki’, where the trio exhibit their less conventional side and almost manage a minimalist jazz framework that Eric Dolphy wouldn’t have been ashamed of.

I still keep hoping for more fire and spirit in the actual playing though, and this album just doesn’t deliver. Also, I don’t doubt for a moment that their musical tastes are as catholic as they claim, but they really need to manifest them a bit more. Attractive cover art is by Piotr Rubiecki. 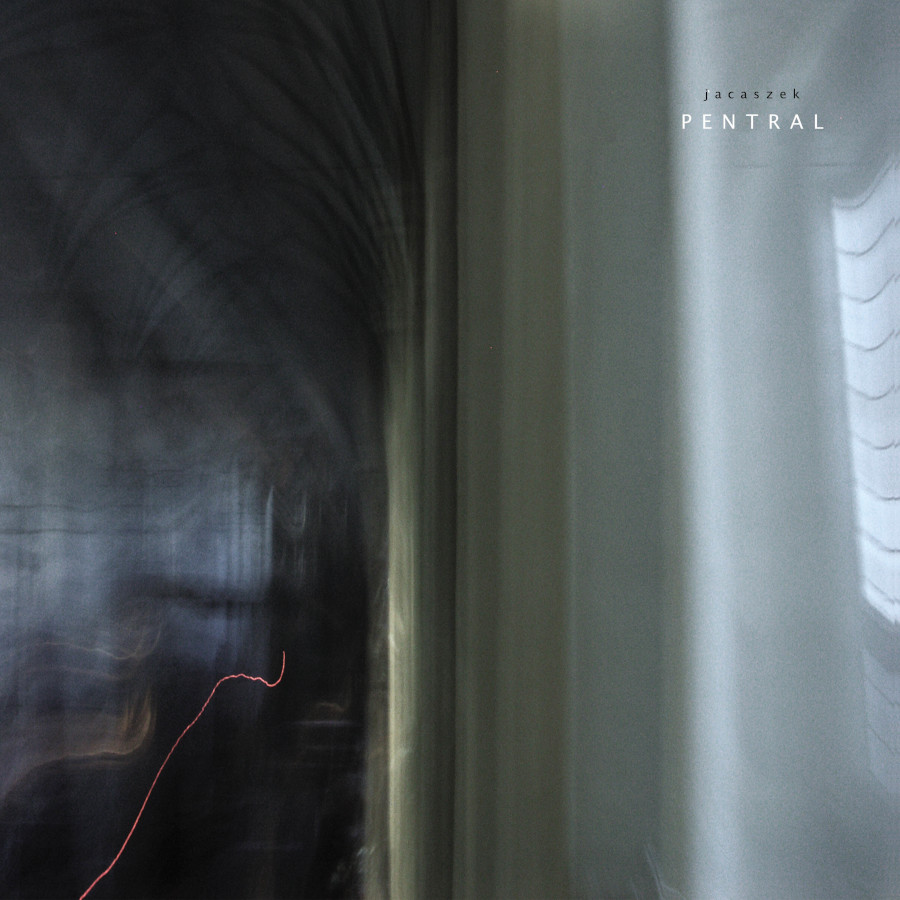 The Pentral (GRAM2002) album by Jacaszek is quite a different beast – Michal Jacaszek of Gdansk is an electro-acoustic composer and has been producing records since 2004, many of them for this label. We have heard him briefly in the past with his 2011 Glimmer album (“melody and abstraction writhe back and forth over an uncertain ground”), and referred to this Pentral album without even knowing about it, when Stefan Wesolowski released his Kompleta record.

Pentral came out in 2009; Gusstaff have now seen fit to reissue it on vinyl in a very limited edition of 66 copies. He recorded it in three churches in Gdansk during 2008, including the Cathedral of Oliwa, and it seems that only the most Gothic architecture could satisfy him. He captured sounds of organs, chants, liturgies, and interior field recordings that one might characterise as ambient atmospheres, then assembled his materials into these ten tracks, fittingly given Roman numerals as titles to remind us of our Catholic theme. Five guest vocalists, including Wesolowski, assisted him; as did one technician who was in charge of capturing the organ samples. If you bought the original 2-disc release in 2009, you would also have gotten a DVD with the music in 5:1 surround plus a movie by Antek Grzybek. I think Pentral is a beautiful set of sounds. There is music, there is atmosphere, and there’s much to admire in the subtle editing / processing methods involved – but the triumph has been to “portray the church as a place filled with distant mysteries…a huge music instrument.” Many sound artists make claims along these lines, especially when there’s an effort being made to capture a sense of place or an elusive atmosphere, but it’s extremely hard to make good on such a claim. Jacaszek succeeds; I don’t know anything about his method, but I’ll assume he’s just a very attentive and attuned artist with a strong sense of honesty when it comes to producing an accurate and truthful documentary.

He may have brought a visual sensibility to the project too; he’s done film scores, theatre work, and worked with collaborators in photography and visual arts, and at times on this record you can almost see those rich Gothic architectural details uncoiling before you on many twisted columns and ornate ceilings. Jacaszek is not simply an audio artist, is what I’m trying to say, and this portrait of a church interior is informed by a sense of place, an understanding of architecture, and perhaps an impressionistic glimpse of the liturgical / spiritual dimensions as well. Excellent. The vinyl reissue (SIT 632) is a regular LP plus an eight-inch lathe cut which plays at 33 and 45, thus enabling the inclusion of a bonus cut and two remixes.