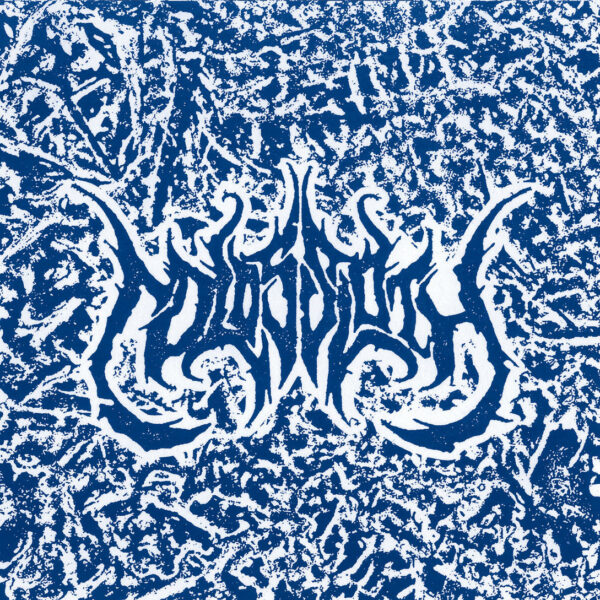 Latest morbid outpouring from Colossloth is Plague Alone (CSR277CD), a set of 2019 recordings made by Wooly Woolaston operating from his Leicester base…we’ve heard him once before with Heathen Needles, released in 2017 on this same label and delivering a powerful blast of black electronic noise, laced with what I perceived as rather threatening undertones – I got the impression of someone who doesn’t forget a grudge easily and rails against their enemies, with the cold passion of a Sicilian carrying on a life-long vendetta. Today’s depressing monstrosity doesn’t feel quite as vengeful on today’s spin, but certainly doesn’t skimp on the sonic bulk and the studio layering – it’s a massively over-crowded wodge of churning, machinist noise, with not an inch of ground given to the hapless onlooker. Enter this lethal swamp at your own risk; the two most dangerous tracks in this regard are ‘Naked Blooded and Witched’ and ‘Plague Alone’, both of which induce states of instant nausea and crippling pain. In between the overloaded hammering noise episodes, there are chilly blasts of icy hate and despondency drifting across the deserted moors, in a countryside possibly populated with howling ogres, about to enter a nuclear winter for the third time. Indeed the second half of the album could largely be characterised as exploring this eerie forbidden zone, with tracks like ‘Scylla is Rising’ being especially evocative of its nocturnal charms. One senses that Wooly Woolaston might have a romantic streak in him somewhere, but doesn’t care to admit to it openly, and the tough-guy Darwinian sink-or-swim stance is what he projects for most of the time. Apparently he thought of the title in 2019, so there is no direct reference to COVID-19 intended, although the melodramatic press notes take another view – they regard Wooly’s title as “prophetic” and wax lyrical about “what turbulence the world would undergo, what social isolation we would endure”. 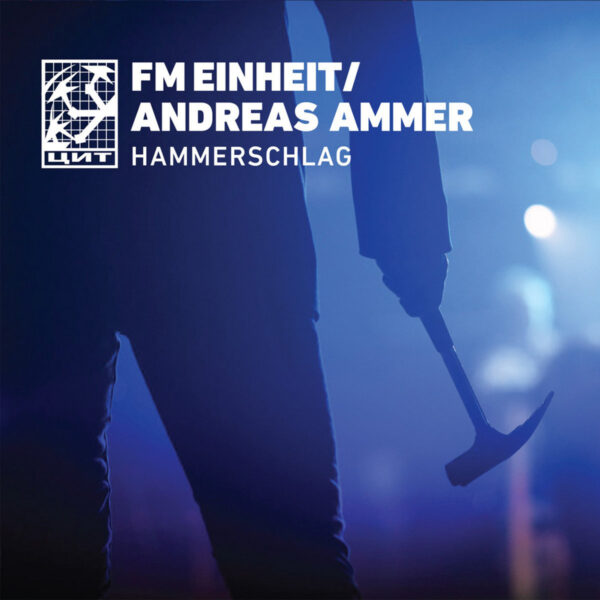 The record Hammerschlag (CSR281CD) is mostly the work of FM Einheit, performing with the help of Andreas Ammer. It’s intended to be an oratorio interspersed with noise interludes, and is based on the writings of Aleksej Gastev, the Soviet revolutionary poet and Futurist. Not quite the heavy industrial roar I was expecting, especially for a work which features the image of a “hammer” so centrally, this is mostly bits of percussive metal combined with electronics played by Einheit, with Ammer on sirens, and drummer Saskia von Klitzing. One especially odd touch is the tuba and trombone playing of Wolker Kamp, about the only really “melodic” moments on the whole record, and they add an incongruous flavour to the generally sombre mood. The recit is the thing that rises to the fore most of the time – spoken here by Rica Blunck (though there may be some pre-recorded voice tapes too) in German and English – and it’s not exactly a cheering message. One of Gastev’s plans was to “destroy literature” once and for all, probably making him a hero to Richard Rupenus, and the strident vocal tones on this record are entirely in sympathy with this destructive impulse. I’ve never been a fan of Einsturzende Neubaten, and though a part of me wishes I could respect their achievement and their legacy, this record isn’t the one to convince me. I found it dreary and slow-moving, preposterous in tone, and clumsy in its timing. The content is not well presented; one doesn’t feel any attempt to engage the listener, to persuade us of the meaning and value of Gastev’s words, nor to stir our revolutionary zeal. Even so, Einheit managed to get this performed as a concert at the Diaghilev Festival with an important European conductor at the helm, which was then followed up with a version for radio in Germany and Russia. 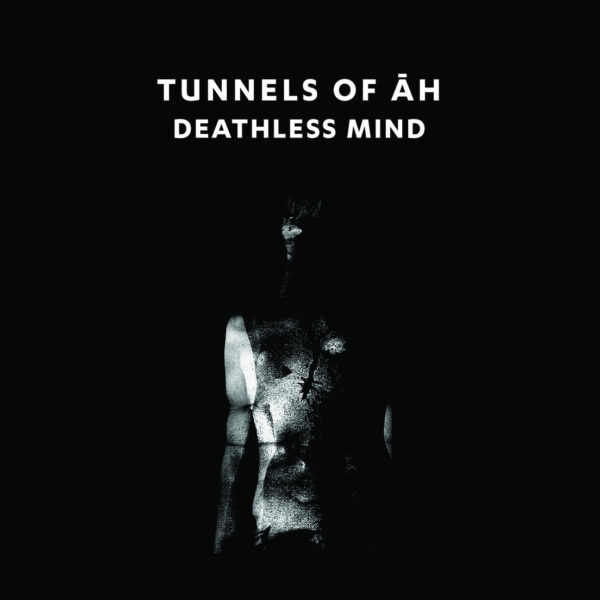 I’m faring slightly better with Deathless Mind (CSR279CD) by Tunnels Of Ah. We kind of liked parts of Surgical Fires, his 2016 record for this label, and his Charnel Transmissions had a strange “rotten” feel to the decayed music which stayed with the listener. Maybe it’s because Stephen Burroughs, a member of Head Of David in the 1980s, spends a bit more time working on the performances – one can detect actual human gestures and swipes on this bizarre noise, suggesting that it’s not all produced by churning death machines. There’s also a grim force driving many of the tracks, as if the musician were indeed digging away at an endless tunnel with the fitful determination of a mutant mole with a shovel. Apparently the creator always has a specific location in mind for each album he makes, and he holds the vision in his brain as best he could while creating the sonic doom that unspools. This particular release is something to do with “an abandoned railway where various human transgressions have occurred”. This doesn’t mean he’s necessarily attempting to restage “The Signalman” by Charles Dickens, or even provide an alternative soundtrack to the movie Death Line (1972), but this background knowledge does assist with appreciating the palpable atmosphere. This one feels less overtly “noisy” than his previous intense records, some of which verged on claustrophobic visions of an infernal pit, though there hasn’t been time for a direct comparison. Fave tracks: ‘Parable of the Sewer’ for its obsessive loops and vaguely rotary motion, gradually pushing the brain deeper into an unwelcome spot; and ‘Saint of Slaves’, for its haunted vocal segments which, if heard under the correct lurid light, would be actually terrifying. You may prefer ‘The Cult Is On The Move’, one of many tracks which suggests a white worm or other unpleasant entity crawling very slowly along the railway tunnel, and casting a bleak air of futility with its attenuated, scrapey tones. Guest players for this one include Primitive Knot on one track, and Adam Probert on another.