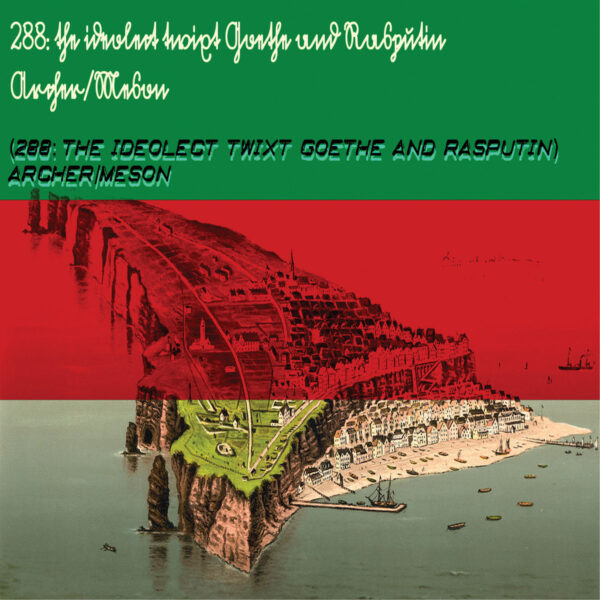 Much like the de tian entry (two floors down, three sharp knocks and ask for ‘Discus 93’) this latest from the Meson/Archer partnership comes with some pretty heavee conceptual hand-luggage, it has to be said. This being the ambidelic poet and ubiquitous multi-instrumentalist’s follow-up to 2015’s Echoic Entertainment comprises two suites (for want of a better word): “288” and “A Horizontal Babel”. That mysterious three-figured number refers to actor Matt Damon’s “script” for The Bourne Legacy franchise type thing, which totalled just two hundred and eighty-eight words (!) So, as Meson surmises, if Damon’s character can coast along on that piddling amount of gumflappery, perhaps anything, no matter how emotionally demanding or complicated it is, can be condensed into a similar number. God help us. Mind you, the damonic one would be thought of as a right little chatterbox compared to Clint Eastwood’s nameless anti-hero in those classic spaghetti westerns. Oh, if any smartarse out there cites Dorothy Maguire in Spiral Staircase, shame on you, that’s nixed on a technicality as you well know.

Retaining the imposing vocal talents of one-man choir Peter Raphone and Wolfgang Seel from Meson’s Scales solo outing, it’s really violinist Graham Clark, celloist Maja Bugge and Martin’s nuclear family of clarinets, that put their stamp on proceedings. No matter how whimsically titled pieces like “Cat on a Hot Tin Drum” and “Einstein a No-No” are… the morose instrumental settings (involving hypothetical chit-chat between Rasputin and Goethe!) point more towards a crows on the gibbet, end-times scenario beloved of Univers Zero and The Third Ear Band. The companion piece “A Horizontal Babel” (written while considering the different exegeses (Jewish/Christian) concerning Genesis xi 1-9 and “Horizontal Stratigraphy” (??) 1 relies on a more treated and processed approach. The ratcheting up of the violin’s wind chill factor on “Emotional Thumbnail” and the phantom of the opera organ flurries of “National Schism” being the perfect dream dates for the ominous, cerebral unspooling of the bard of Discus.

It’s also worth casting an eye towards one of the c.d.’s inside panels where Bo and Martin are found attempting to mimic portraits of Rasputin and Goethe. While the latter’s effort is a nice try, Bo, on the other hand, could almost be a twin to, ahem, “Russia’s greatest love machine” and/or “The Mad Monk”. And if that’s not a back-handed compliment – I really don’t know what is. Apologies, etc. etc. 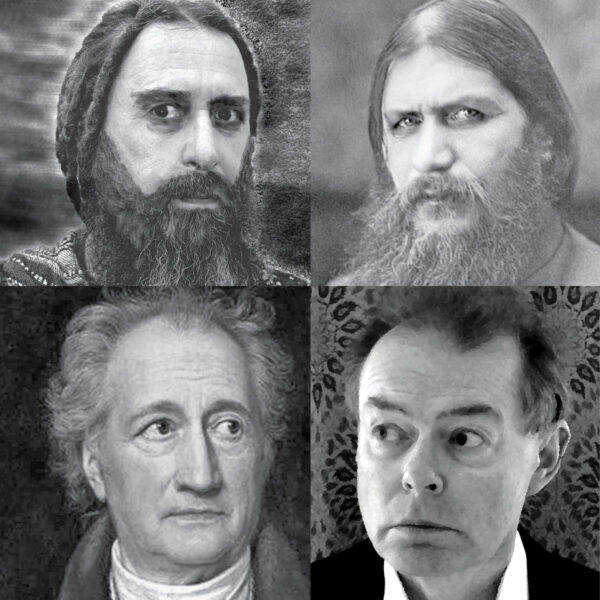