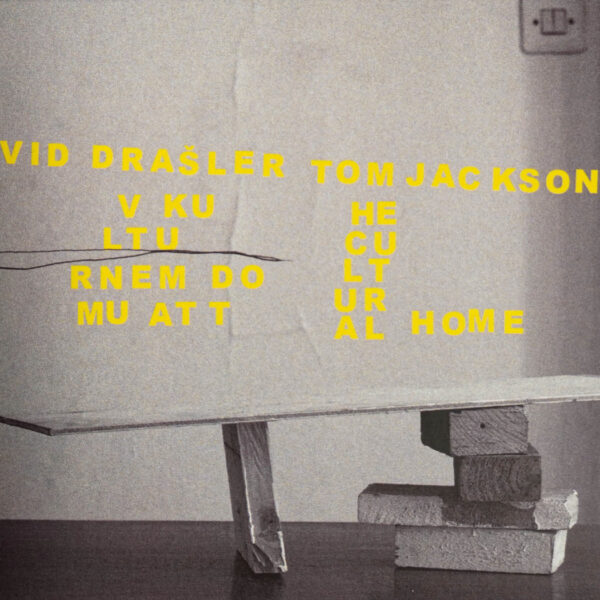 UK clarinet player Tom Jackson surfaced on the 2013 CD Songs From Badly-Lit Rooms, with Benedict Taylor, a fine acoustic woody item we enjoyed very much, and he’s played with other English improvisers including Daniel Thompson and Alex Ward. He’s here today teaming up with percussionist Vid Drasler on At The Cultural Home (SPLOH ZASCD23), on the Slovenian label which recently gave us Stutter and Strike, one of many highly unconventional duo sets to be found on this imprint.

These two crossed their cutlery-boxes on the 2019 release Nauportus, and have an alliance dating back to 2016 when the Cram Records label first awarded them a residency which took place in an art gallery in Ljubljana. The hands-across-the-water partnership continues with this release, recorded in Bistrica ob Sotli during the “Sunday Noise” series and explicitly intended to further the cause of “a common musical language in Slovenia and abroad”. There are two lengthy improvised tracks here, although the first one ‘Before’ is the heavyweight coming in at 34:13 mins and demonstrating how effortlessly our plucky duo can sustain the musical conversation without a single break in this continuous flow of ideas. Not wishing to divide the current musical climate into the maximal and minimal camps, but this record is firmly in the former – both players give generously of musical notes and movements as surely as if they were donating blood to a blood drive. Tom Jackson blows non-stop trills and flourishes of tremendous enthusiasm and elan, while Vid Drasler leaves no space untroubled by his multiple clatterings, bass thumps, and vivacious rattles. We might almost compare them to a miniature replica of Chris Cutler playing with Tim Hodgkinson.

Stephen Crowe provided the persuasive sleeve notes, and he too is fired by an infectious enthusiasm for this fine set. From 3rd June 2021.