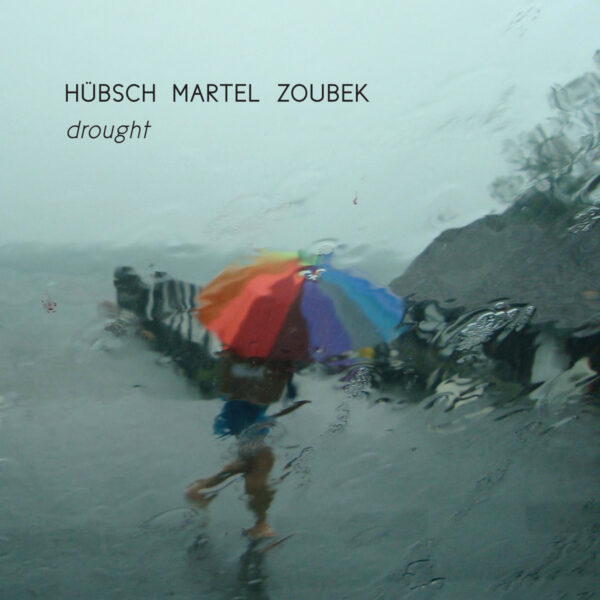 We last heard the trio Hübsch / Martel / Zoubek in 2014 with their release for Schraum, for which Jeff Surak praised “the gamut of extended techniques and preparations”, noting that “they no longer sound like any recognisable instruments.” On Drought (TOUR DE BRAS TDB9017cd), the same observations could apply, and we have to admire the very precise non-musical sounds that emerge from this unlikely combination of brass, stringed instrument and piano. Canadian player Pierre-Yves Martel has beguiled us with his unusual Continuum record, and subsequent releases confirm he’s doing things with the viola da gamba that no-one could have dreamed possible, especially in the context of contemporary music. Where previously we’ve been stunned by his use of forlorn, lonely plucked notes ringing out into an uncaring world, on today’s release he’s all about the resonating scrape. Guess he’s been growing his fingernails to appropriate lengths. At times, this poignant wail he makes can rub salt into the heart of a sad dying turtle. As to Philip Zoubek, we last heard him adding his prepared piano skills to the ambitious jazz project of Pascal Niggenkemper (Talking Trash, a concept album about garbage in the ocean). I’m prepared to believe at the moment he’s one of the few musicians to actually do something useful with this Cagean invention, one which I’ve often regarded with grave suspicion. Lastly there’s Carl Ludwig Hübsch on his tuba, whose work on the record is surprisingly unobtrusive. When I think of the American Dan Peck, he emerges as a “tuba hero” compared to Hübsch, since he can’t let you forget about his very obvious low-frequency presence and intense lung power. On Drought, I suppose Hübsch’s tuba tones must be almost subliminal, a hidden foundation; they’re underpinning the top stratum of the music, which mostly comprises odd percussive clonks, acidic scrapey tones, and deadly-accurate string plucks. While Drought may feel like a cold, clinical and subdued record (it’s like entering the disinfected wards of a grey, monochrome hospital where music goes to recuperate), the discipline and craft of these unique players is considerable. Each note stands defined in stark no-nonsense outlines, making a stern and unforgiving statement. From 24th January 2017.