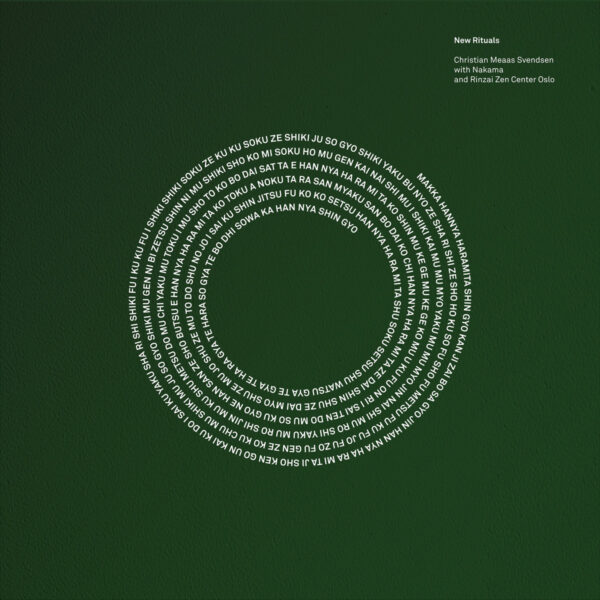 Norwegian bass player Christian Meaas Svendsen is highly regarded in these pages, whether flying solo or among friends. I was taken with the eloquent songcraft of Avin, Rupert Loydell remarked on his ‘intriguing’ double bass explorations, while Mr. Pinsent was impressed by the principled approach to group improvisation adopted by the five-piece Nakama he inhabits. No solos, for one thing. Pure gestalt. And some of the most compelling spiritual jazz (if it can be called that) currently on the market.

There’s a bit of everything here and much more besides, neatly organised into three individual discs, housed in an elegant paper folder along with a detailed account of how the project came about. But lest the Buddhist theme suggest an orderly listening experience, prospective listeners can be assuaged: nothing here will set this collection comfortably alongside your Buddha Beats box set, nor need one fear ‘cultural appropriation’, corporately neutered ‘mindfulness’ or happy-clappy spiritualism. Each part, while utterly distinct, contains a recital of a Zen Buddhist sutra (or chant, in this instance) in a distinct shade of fire and fury.

The first features an explosive ensemble pairing of the 5-piece Nakama with a Buddhist choir: full fire and brimstone with extra Alice Coltrane points for fury and fervor. The chanting of Lotus Sutra carries a hammering cadence that only Japanese syllables can permit; a ball of flame with every blow. Better yet, the lyrics are gobbledygook, both to Japanese speakers and non-. Somewhere in translation / transliteration from Sanskrit all meaning was lost and thus practitioners engage with these nonsensical utterances as an act of semantic sabotage against rational thought. The experience is thus an emotional one and potent at that.

The emotional drop-off in two is pronounced. Gone are both the spiritual and the jazz, and Nakama (which, perhaps coincidentally, means ‘friend’ or ‘colleague’ in Japanese) reformulate the opening statement as a modern chamber improvisation replete with stark tonalities and almost arbitrary exchanges. It is skeletal and diffuse, closer to a modernist sculpture than an act of religious devotion; or a koan: riddles used by Zen masters to trick their students to enlightenment by subverting rational thought. As Ed Pinsent previously pointed out, Nakama play as an egoless organism, here constructing a web of taps, rattles, gurgles and other off-cuts around a sporadically recurring piano figure. Close listening may yield clues to this section’s kinship with the first, but nothing less.

New surprises abound when Svendsen takes the spotlight in part three, upending the notion that the solo format reduces the scope for musical expansiveness. Allusive and propulsive by turns and increasingly vigorous, he wraps his bass and throat around the ascending piano figure from Nakama’s rendition in a subtle theme and variation approach, which seems set to resolve than shatter the listener’s mind. If part two captured the mystery of the ritual, then Svendsen’s solo section is its revelation: same lyrics, new meanings, from softly spoken sutra to deadly ‘Dharani’ in a voice that could banish demons and, apparently, disasters. Every fierce pluck of ‘Shakyamuni Eko’ rattles the nerves while the second ‘Dharani’ is full-blown conflagration. So much for ‘peace and love’.

The idea behind the set is that far from a unified vision of what could be, it comprises but three possible interpretations of the selected sutra. Svendsen may thus consider the potential musical exploration to be one of many lifetimes or reincarnations. It’s a good start and, contrary to the teachings of Buddhism, this collection’s a permanent keeper. 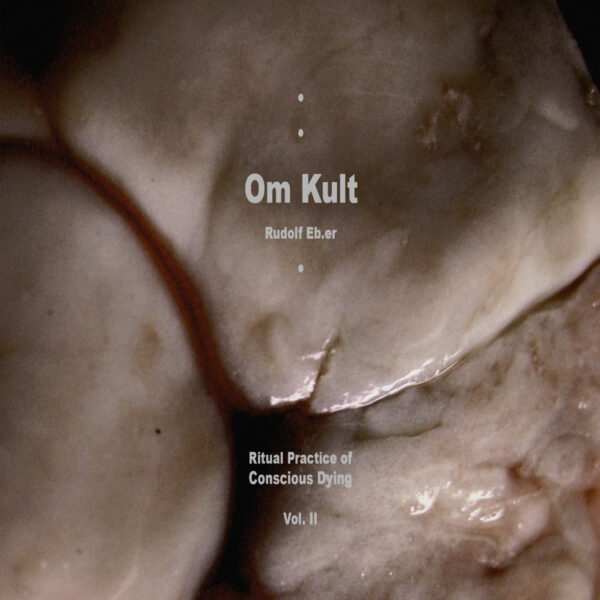 This is more of an addendum to my review of Rudolf eb.er’s Om Kult 1, as Om Kult 2 is virtually the same beast. Eb.er’s followers will doubtless know what to expect and for this reason I can probably rope Om Kult 3 into the herd before hearing it. This is not intended as a criticism: the three volumes are presented as a ‘triptych’; a coherent, iconographic project in which the discrete, interconnecting themes of death and displacement are signaled through repeated references to swollen corpses, brown masses, body parts, and psycho-energetic practices. In Hegelian terms, this should be part 1’s antithesis but no such dynamic is evident: the only discernable antagonism is towards false binaries such as mind and body, which again manifest in juxtapositions of sine waves, field recordings and increasingly remote ‘body’ signifiers like rhythm. As per the previous volume, death is depicted not as a termination but as a transitional (or ‘bardo’) state of physical decay, one in which the advanced meditation practitioner ejects the mind from the body at the appropriate moment (‘phowa’) and retains consciousness in the succeeding reincarnation. Thus the concluding invocation of ‘the Psychopomp’ – the guide of souls to the realm of the dead – to usher the transition from decaying matter to spirit energy. While some may perceive in this an increasingly and irritatingly familiar set of sonic and thematic tropes, Eb.er’s persistence with this theme should just as easily remind listeners of the value of deep and meditative listening, ample in supply here.