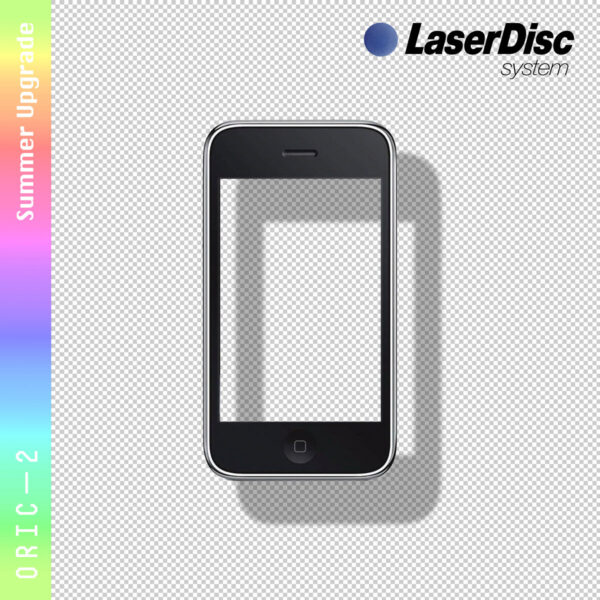 Very pleased to receive another batch of Ruton Music cassettes, this time sent from Pori in Finland. We last received four such beauts in 2017 – gems by Anton Nikkilä, Swissair, Ferricjohnsson and Mika Taanila. The Swissair item in particular is one I cherish, documenting a 1982 snapshot of crazed Helsinki teenagers evolving their own brand of crazed art rock. It’s also worth noting that this Ruton Music label, an imprint of its parent label Ektro, only releases cassettes, and they’re not even available for streaming. Today’s four represent current musical outpourings of the great Jussi Lehtisalo, whose avant-rock projects Circle and Pharaoh Overlord have long been firm favourites in these pages, though he has numerous other bands I never even heard, including some which enlisted members of USA underground bands such as Sunburned Hand of the Man and Old Man Gloom. Turns out he’s also very able in the field of electronic music and synth-pop, as indicated by the two tapes here credited to Oric, a new Jussi solo thing. Both Travelogues (RUT-038) and Summer Upgrade (RUT-039) are highly entertaining and very accomplished sets of instrumental music, demonstrating technical fluency with the keys, programming and electronic drum beats. What struck me on today’s spin is how “timeless” the music seems – these records could have been produced anytime after the first record by Jean-Michel Jarre or any time before A-ha managed to corner the market in synthpop for the Norwegian audience. At the same time, there’s still much intelligence and dry wit behind both these Oric tapes, and even in places something that feels slightly subversive, or unsettling. I can’t quite locate what this quality is, or where it might be lurking; I need to spin these dans a few more times to find the dark clouds that lurk in this otherwise bright and sunlit sky.

An odd quirk of both tapes is that short written descriptions are printed alongside each title, more or less describing their own song construction, for instance “important theme with comforting chord pattern”. For some reason this is a device which, for me, triggers memories of Scritti Politti and Sudden Sway, both very “knowing” UK post-New Wave bands who liked to playfully call attention to the artifices of pop and the mechanics of how records get made. The cover designs are smart too; Travelogues has tunes which might at one level be intended for car journeys, and it’s disguised in a bland-oid cover that resembles a premium that a garage would give away to its customers. I especially like that it has a DVD logo printed on its spine; quirky humour at its finest. Meanwhile Summer Upgrade displays a shell of a Smartphone, casting a shadow to reveal its own emptiness, and states “LaserDisc System” on the front cover as if it were a software bundle. The Pakasteet tape is quite some way from all this double-entendre and layered meaning, and is much more forceful. The tape is called Yksityisalue (RUT-040) and Pakasteet is the name of a duo project between Jussi and Mika Taanila. They’ve been doing it since 2017, and I’ve already missed two Ruton cassettes of theirs, plus a team-up with Charles Hayward from 2019. Here. they’re blamming it out with Ilia Belorukov, that ubiquitous and highly hard-working Russian player who has done so much for underground music in his homeland, and the tape documents a live set in St Petersburg. Synths, drum machines, and radio noise vie for attention with Ilia’s iron sax; one of Pakasteet‘s selling points is that the lyrics are all made up on the spot, and are intended to be “clumsy”. The total effect is like hearing drunken avant-garde football fans chanting madly away at a disco. I love the primitive electronic sounds and the simple tunes; this is how all electronic music should be, if you ask me (I get tired of people producing soft, polished, manicured sounds). A total treat of raw electric blastage carved up by the pound, and wild performances which verge on the edge of chaos without ever collapsing. A glance at the extensive Circle back catalogue reminds me that I don’t have enough of their output, and it’s impressive they’ve been going since the late 1990s. What I have heard of their music has usually been very steady, simple, chugging well-made rock music which isn’t afraid of acoustic elements, and which improves the basic “krautrock” model with much finesse. Today’s tape Hymio (RUT-041) is nothing like that, of course, and if anything it more resembles ambient music like Brian Eno’s Music for Airports. I mean the short “dotted” phrases of music, gently placed inside a basic skeletal structure, slowly coalescing to form a whole. Piano, guitar, synth and perhaps other instruments are audible, but the piano’s plangent and nostalgic tones stand out for me on this warm and moving music. The quartet here is Lehtisalo, Mika Ratto, Janne Wasterlund, and UK player Richard Dawson. Apparently Circle are working on a studio record with Dawson and this Hymio tape is out-takes from the sessions; we are invited to note the absence of drums, another factor contributing to the calming and soothing nature of this delightful release. Good to see Dawson in this company; I am still coming to terms with the achievements of this painfully honest and far-out musician, sometimes branded as some sort of “folk” player when his works exceed many boundaries; recently I purchased his 2020 album of songs released in 2019 by Domino, which I recommend for its unflinching look at contemporary societal problems. But none of that pain is here on today’s cassette, which exudes love and compassion.

All the above from 5th November 2020. Available through Ektro Records online store.